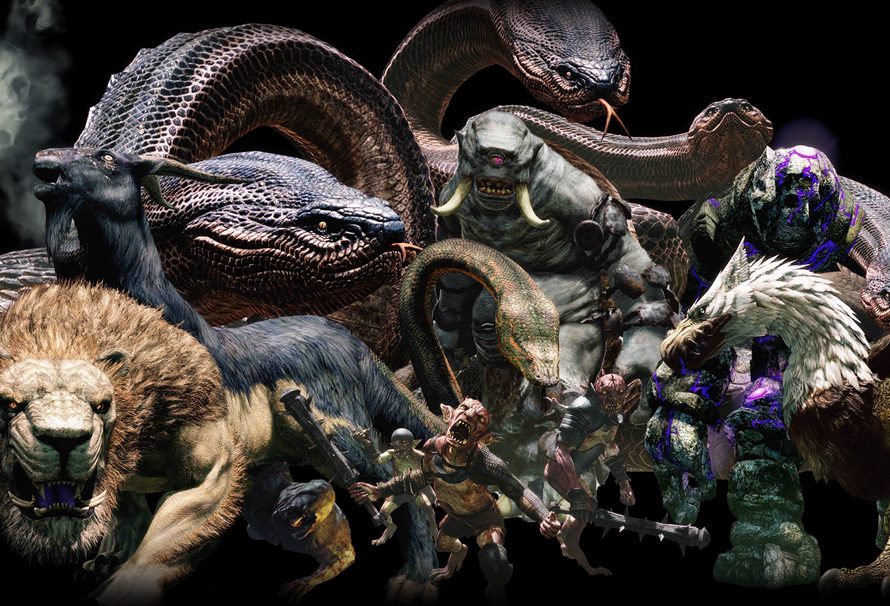 Dragon’s Dogma is a game that’s talked about in hushed tones, no shouting from the rooftops here, it’s just a whisper. Play Dragon’s Dogma people will whisper to you. You take a wrong turn in your home city and before you is graffiti saying ‘Dragon’s Dogma’. The Scrabble tiles fall on the board and they read out D R A G O N S D O G M A. A skywriter leaves Dragon’s Dogma in cloud letters from horizon to horizon.

But why should you care? Why does anyone care? What’s special about Dragon’s Dogma?

The titular dragon from Dragon’s Dogma is called Grigori, and he’s a lad. Big of chin and big on eating hearts, he certainly stole mine when he first turned up. He’s not a pretty boy, but that’s a good thing. He’s no sylph like creature from Pern, or a two legged Skyrim flapper, he’s a big boy who wants to nom on your heart and make you prove yourself to him. He only really appears a few times throughout the game, but what an impression he makes on you every time you meet him.

Pawns are your player created buddies who join you on your adventure, and who tell you what’s happening at all times. They’re a chatty bunch and their cheery companionship really makes the game. Want to know if a tree is big or not? The pawns will know! Want to know if your pawns are wet? They’ll tell you!

You can turn their banter off but only monsters do that, and you’re not a monster are you?

I’m not going to spoil the plot for you, but Dragon’s Dogma is a sneaky old thing. It starts off a bit weird but generally standard, ‘a dragon has eaten your heart, go kill the dragon’. From there it goes nuts, and it really goes nuts in the endgame. What starts out as a quest for dragonslaying becomes a meditation on player choice, as well as making every single person’s experience of the game canon. It genuinely is amazing how the game shifts in narrative, and it’s got to be experienced to be believed.

You’ll encounter big ol beasts from the tutorial onwards, and when you do they’re always thrilling. Towering over you, often your only choice is to scale them and thwack at their body parts up close. Playing like a version of Shadow of the Colossus but with good controls, you’ll often find yourself upside down on a cyclops’ face trying to plant your sword in its face. And that’s before you get to Bitterblack Isle and meet what lurks there.

There are also few joys like discovering that a beast you feared and ran away from is actually defeatable. Coming back with your pawn mates and giving the big bosh on a chimera that was troublesome earlier in the game is a joyful thing, and cathartic as heck.

You can do a surprising amount of parkour in the main city of Gran Soren, and the little click of your feet on the tiled rooftops is honestly the best sound in videogames. It’s almost worth the entry fee just to hear that.

So there, if you’re not thinking about grabbing Dragon’s Dogma now, then read this article until you buy it. It’s in our Summer Sale too right now, so get it while it’s hot!