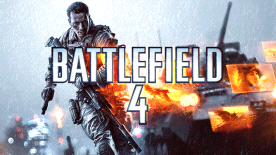 INTERNET CONNECTION, EA ACCOUNT, ACCEPTANCE OF PRODUCT AND ORIGIN END USER LICENSE AGREEMENTS (EULAS), INSTALLATION OF THE ORIGIN CLIENT SOFTWARE (www.origin.com/about) AND REGISTRATION WITH ENCLOSED SINGLE-USE SERIAL CODE REQUIRED TO PLAY AND ACCESS ONLINE SERVICES AND FEATURES. SERIAL CODE REGISTRATION IS LIMITED TO ONE EA ACCOUNT PER SERIAL CODE. SERIAL CODES ARE NON-TRANSFERABLE ONCE USED AND SHALL BE VALID, AT A MINIMUM, SO LONG AS ONLINE SERVICES ARE AVAILABLE. YOU MUST BE 13+ TO ACCESS ONLINE SERVICES AND FEATURES. EA ONLINE PRIVACY POLICY AND TERMS OF SERVICE CAN BE FOUND AT www.ea.com. EULAS AND ADDITIONAL DISCLOSURES CAN BE FOUND AT www.ea.com/1/product-eulas. EA MAY RETIRE ONLINE FEATURES AND SERVICES AFTER 30 DAYS NOTICE POSTED ON www.ea.com/1/service-updates. EA MAY PROVIDE CERTAIN INCREMENTAL CONTENT AND/OR UPDATES FOR NO ADDITIONAL CHARGE, IF AND WHEN AVAILABLE.

THE DEPICTION OF ANY WEAPONS OR VEHICLE IN THIS GAME DOES NOT INDICATE AFFILIATION, SPONSORSHIP OR ENDORSEMENT BY ANY WEAPON OR VEHICLE MANUFACTURER.