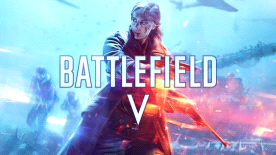 INTERNET CONNECTION REQUIRED FOR PRODUCT ACTIVATIONBATTLEFIELD 4 PREMIUM (“PREMIUM”) CONTENT INCLUDES PREVIOUSLY RELEASED WEEKLY CONTENT. EARLY ACCESS TO BATTLEFIELD 4 CHINA RISING, BATTLEFIELD 4 SECOND ASSAULT, BATTLEFIELD 4 NAVAL STRIKE AND BATTLEFIELD 4 DRAGON’S TEETH, ONLINE DOUBLE XP EVENTS AND WEEKLY NEW PREMIUM CONTENT NO LONGER AVAILABLE. SEE www.battlefield.com/battlefield-4/premium FOR BATTLEFIELD 4 FINAL STAND EXPANSION PACK RELEASE SCHEDULE. INTERNET CONNECTION, ORIGIN ACCOUNT, ACCEPTANCE OF BATTLEFIELD 4 AND ORIGIN END USER LICENSE AGREEMENTS (EULAS), INSTALLATION OF THE ORIGIN CLIENT SOFTWARE (www.origin.com/about) AND REGISTRATION WITH ENCLOSED SINGLE-USE SERIAL CODE REQUIRED TO PLAY, ACCESS PREMIUM CONTENT AND ACCESS ONLINE FEATURES. SERIAL CODE REGISTRATION IS LIMITED TO ONE ORIGIN ACCOUNT PER SERIAL CODE. SERIAL CODES ARE NON-TRANSFERABLE ONCE USED AND SHALL BE VALID, AT A MINIMUM, SO LONG AS ONLINE FEATURES ARE AVAILABLE. YOU MUST BE 16+ TO ACCESS ONLINE FEATURES. EA ONLINE PRIVACY AND COOKIE POLICY AND TERMS OF SERVICE CAN BE FOUND AT www.ea.com. EULAS AND ADDITIONAL DISCLOSURES CAN BE FOUND AT www.ea.com/1/product-eulas. EA MAY RETIRE ONLINE FEATURES AND SERVICES AFTER 30 DAYS NOTICE POSTED ON www.ea.com/1/service-updates.THE DEPICTION OF ANY WEAPONS OR VEHICLE IN THIS GAME DOES NOT INDICATE AFFILIATION, SPONSORSHIP OR ENDORSEMENT BY ANY WEAPON OR VEHICLE MANUFACTURER.