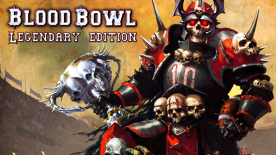 Blood Bowl: Legendary Edition -- Copyright © Games Workshop Limited 2010. Blood Bowl, the Blood Bowl logo, Legendary Edition, GW, Games Workshop, Warhammer, the Warhammer Device, and all associated marks, logos, places, names, creatures, races and race insignia/devices/logos/symbols, vehicles, locations, weapons, teams and team insignia, characters, products, illustrations and images from the Blood Bowl game and the Warhammer world are either ®, TM and/or © Games Workshop Ltd 2000-2010, variably registered in the UK and other countries around the world, and used under license. All Rights Reserved. All other trademarks, logos and copyrights are property of their respective owners