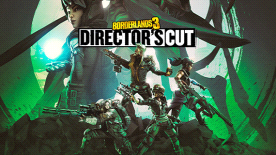 You can earn up to XP

This product has no regional restrictions

This product requires the base game Borderlands 3.

© 2020 IPerion, LLC. Published and distributed by 2K. Gearbox and Borderlands, and the Gearbox Software and Borderlands logos, are registered trademarks, all used courtesy of Gearbox Software, LLC. 2K and the 2K logo are trademarks of Take-Two Interactive Software, Inc. All rights reserved.
EULA: Use of this product requires agreement to the following third party end user license agreement: http://www.take2games.com/eula/

You can earn up to XP

This product has no regional restrictions