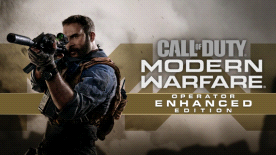 This game is redeemed directly to your Battle.Net account. No game key will be revealed.

Purchase Call of Duty®: Modern Warfare® on digital and receive the in-game XRK Weapons Pack for day 1 launch use. The XRK M4 assault rifle and XRK .357 handgun are built to be fast, accurate and hard hitting, giving you versatile options adaptable to any playstyle.

**Call of Duty Points (CP) will be accessible in Call of Duty: Modern Warfare once CP are made available in game. Platform and region availability may vary and are subject to change.