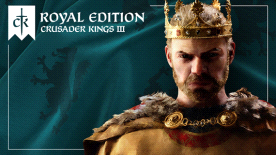 Garments of the Holy Roman Empire.

Immerse yourself in the Holy Roman Empire with a collection of outfits for both commoners, warriors and rulers of Central Europe.

Fashion of the Abbasid Court:

Give your court a dashing new look with a set of outfits and cosmetic clothing options for the Middle East and North Africa.