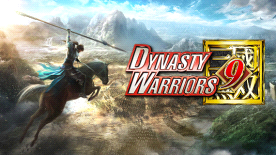 ABOUT KOEI TECMO EUROPE LTD.
KOEI TECMO EUROPE LTD. is a publisher of interactive entertainment software for current generation consoles, handhelds and digital download content based in Letchworth, Hertfordshire, UK. The company is a wholly owned subsidiary of KOEI TECMO HOLDINGS CO., LTD., headquartered in Yokohama, Japan. TECMO is best known for the Dead or Alive® and Ninja Gaiden®series. KOEI is best known for its Dynasty Warriors® and Samurai Warriors® franchises. On April 1, 2009, KOEI TECMO HOLDINGS CO., LTD was established as a result of the TECMO, LTD. and KOEI Co., Ltd. merger. More information about KOEI TECMO EUROPE LTD and its products can be found at www.koeitecmoeurope.com