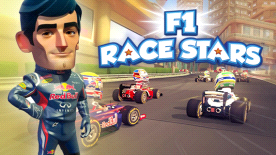 © 2012 The Codemasters Software Company Limited ("Codemasters"). All rights reserved. "Codemasters”® , “Ego”® and the Codemasters logo are registered trademarks owned by Codemasters. “Codemasters Racing”™ and “RaceNet”™ are trademarks of Codemasters. An official product of the FIA FORMULA ONE WORLD CHAMPIONSHIP. FORMULA 1, FORMULA ONE, F1, FIA FORMULA ONE WORLD CHAMPIONSHIP, GRAND PRIX and related marks are trade marks of Formula One Licensing BV, a Formula One group company. Licensed by Formula One World Championship Limited. All rights reserved. All other copyrights or trademarks are the property of their respective owners and are being used under license. Unauthorised copying, adaptation, rental, lending, re-sale, arcade use, charging for use, broadcast, cable transmission, public performance, distribution or extraction of this product or any trademark or copyright work that forms part of this product is prohibited. Developed and published by Codemasters.