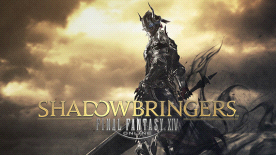 -This product is not compatible with the Steam version of FINAL FANTASY® XIV Online Starter Edition (A Realm Reborn)™. If you've purchased FFXIV Starter Edition A Realm Reborn on Steam, then you must also purchase FFXIV: Shadowbringers™ on Steam to upgrade your existing account.