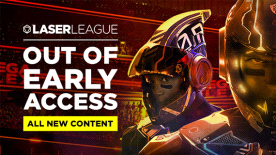 Copyright © 2017 RollingMedia Ltd (T/A Roll7). Published under license by 505 Games. 505 Games and the 505 Games logo are registered trademarks of 505 Games S.p.A and/or its Affiliates. All other marks and trademarks are the property of their respective owners. All rights reserved.