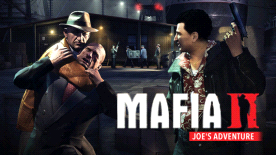 This product requires the base game Mafia II.