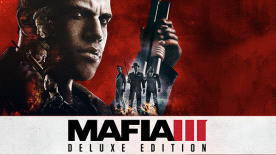 Includes full game and Season Pass at a discounted price. Season Pass grants access to three major expansions over the course of a year, each introducing unique story lines, characters and gameplay features to the world of New Bordeaux. Plus, get access to exclusive expansion-themed vehicles, weapons and more.

Visit http://www.MafiaGame.com often for updates and additional details about each expansion release.

Trick-out your fleet of cars in all new garages now open across New Bordeaux. Race your custom rides throughout the city to win unique car customization parts and prizes. Win every race to unlock the Grand Prize: the unrivaled Griffin Marauder convertible!