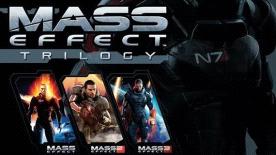 INTERNET CONNECTION REQUIRED FOR PRODUCT ACTIVATION. INTERNET CONNECTION, ORIGIN ACCOUNT, ACCEPTANCE OF PRODUCT AND ORIGIN END USER LICENSE AGREEMENTS, INSTALLATION OF THE ORIGIN CLIENT SOFTWARE (WWW.ORIGIN.COM/ABOUT) AND REGISTRATION WITH ENCLOSED SINGLE-USE SERIAL CODE REQUIRED TO PLAY, ACCESS BONUS CONTENT (IF ANY) AND ACCESS ONLINE SERVICES (IF ANY). SERIAL CODE REGISTRATION IS LIMITED TO ONE ORIGIN ACCOUNT PER SERIAL CODE. SERIAL CODE IS NON-TRANSFERABLE ONCE USED. EULAS AND ADDITIONAL DISCLOSURES CAN BE FOUND AT WWW.EA.COM/1/PRODUCT-EULAS. EA ONLINE PRIVACY POLICY AND TERMS OF SERVICE CAN BE FOUND AT WWW.EA.COM. YOU MUST BE 13+ TO ACTIVATE SOFTWARE, ACCESS ONLINE FEATURES AND REGISTER FOR AN ORIGIN ACCOUNT. EA MAY RETIRE ONLINE FEATURES, ONLINE SERVICES AND DOWNLOADABLE CONTENT AFTER 30 DAYS NOTICE POSTED ON WWW.EA.COM/1/SERVICE-UPDATES.