If Cloud is one of the most iconic Final Fantasy protagonists the Sephiroth is one of the franchise's most iconic villains. Before he became the main antagonist in Final Fantasy VII, Sephiroth was the most lauded success stories of the SOLDIER elite warrior programme. He was praised for his elite skill and strength in combat. After finding out who his true mother is, Sephiroth becomes enraged and hellbent on destruction.

Why is he our favorite villian? Well, besides looking pretty bad ass, his power is so great he once sliced the Junon cannon into tiny pieces with just his sword, Masamune. True, it was during a training simulation but we can let that slide.

Most hardcore Final Fantasy fans may argue if Jecht is a bad guy or not. For most of Final Fantasy X’s story players are led to believe that Tidus’ father Jecht is in fact Sin, a monstrous creature whose sole purpose is to destroy and ‘cleanse’ the world. It was not until later you find out it wasn't through his own means.

The main antagonist for Final Fantasy VI, Kefka is a prototype Magitek Knight and Emperor Gestahl's court mage. On the service Kefka is just a humble servant, but when he is not in the Empora’s company Kefka schemes for his own means. Unlike most Antagonists, Kefka is loud, short tempered and destructive.

The first ever Final Fantasy antagonist, Chaos is a demonic monster who is able to maintain a time loop. He is also the main antagonist in the fighting games Dissidia Final Fantasy and Dissidia 012 FInal Fantasy. He has an unbelieveable amount of power as he is the god of discord that opposes Cosmos, the goddess of harmony.

Kuja is the main antagonist in Final Fantasy IX. He is a powerful sorcerer who rides a silver dragon who initially operates behind the scenes as he works for Queen Brahne of Alexandria. He is the polar opposite to the games main protagonist Zidane, as Kuja lets his ego get the best of him.

Final Fantasy XV’s main protagonist is Ardyn the Chancellor of Niflheim and responsible for the expansion of the infamous magitek infantry,. At first, Ardyn is a kind towards Noctis and his friends helping them as and when he can, but his main plan for world domination comes to light as the story progresses.

Gilgamesh is one of the antagonists for Final Fantasy V, however, he has appeared many times throughout the final fantasy franchise. Most of his appearances depict him as a travelling sword collector who has tremendous skill with a variety of very powerful and rare weapons. In Final Fantasy V he is acting as Exdeath's right hand man.

Seifer is one of the main antagonists in Final Fantasy VIII and is the main rival of Squall Leonhart. Seifer aspired to be a member of the mercenary group SeeD but his temperament kept him from reaching that goal. Like Squall he wields a Gunblade but favours a one handed technique as opposed to Squall, who uses two hands the wield the blade.

For anyone who has played Final Fantasy X, Seymour has to be the most memorable of Final Fantasy antagonists. As a Maester of Yevon, Seymour is highly regarded in the world of Spira. He has immense power and is able to summon the might Anima one of the most powerful Aeons. However he uses his power for sinister means in order to rule the whole of Spira. 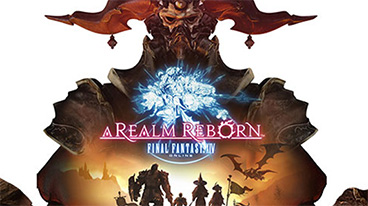