The name ‘Cthulhu’ - an odd, disjointed collection of consonants and vowels evoking an exotic or ancient language - will always be H.P. Lovecraft's most famous creation. The many-tentacled ocean dweller has become a part of wider folklore, a boogeyman up there with Dracula and Frankenstein's monster whose original literary tale is far less well-known than its pop culture incarnation. And yet it represents a tiny fraction of Lovecraft's work: a single short story.

So although it informs the title, and indeed the broad strokes, of Focus Home Interactive's Call of Cthulhu, there's a deeper well of source material and inspiration that the team drew from: a 1981 tabletop game itself based on the Cthulhu short story.

In order to produce a narrative-driven, investigative adventure game set in the Lovecraft universe, developers Cyanide enlisted the expertise of several scenario writers of the 1981 game. . Within that game is a setting that bears surface resemblance to our own world, albeit a darker version tinged by occultism and the presence of other dimensions or planets not of this Earth. Such places are accessible via the Dreamlands, the central idea being that the human subconscious in its dream state is a keyhole to otherworldly locations. Between 1981 and 2014 7 editions of the game were created, building up a wealth of world-building and lore that Call of Cthulhu 2018 is keen to tap into.

Beginning in 1924 and placing you in the shoes of private investigator Edward Pierce, Call of Cthulhu opens as you journey to the isolated and lugubrious Darkwater Island, where an entire family have tragically died. As the thick fog hanging above the sea gives way to dry land, even grimmer sights are uncovered. During the course of his investigations, Pierce is drawn into a world of occult involvement, grand conspiracy, and as the name alludes to, otherworldly cosmic horrors. All that would be enough to prey on anyone’s sanity and grisled detective Pierce is no exception. As the story progresses, you become increasingly less sure about whether you’re witnessing reality or a dream, the lines blurring as Pierce hears and sees things from other realms.

Using Unreal Engine’s uncanny knack for moody lightning, creeping shadows, and environments teeming with details, Call of Cthulu takes players to a semi-open world realisation of Lovecraft’s dark cosmic vision and tasks them with applying procedural detective work broadly similar to the Sherlock Holmes titles in order to uncover who to trust, what to believe in, and where the line between reality and insanity lies. 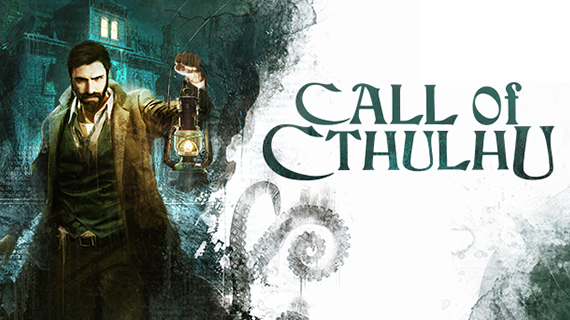