What's New In Shadow of War: Gameplay, Story And Characters

Shadow of War will be picking up from where we left off in Shadow of Mordor and continue the story of Talion and Celebrimbor as they forge a new ring and try and take back Middle-earth from Sauron’s army. Monolith studios, who develop the game, have confirmed that they have been listening to fan feedback about Shadow of Mordor in regards to the story and the fact it was lacking an unsatisfying ending. Monolith have focussed a lot more on the game’s narrative this time around, the goal is to bring the story up to the high quality that the Lord of the Rings is famous for.

Shadow of War now focusses on Middle-earth as a whole, players will be able to explore an expansive and ever changing world which will encompass varied ecosystems and environments. The team behind Shadow of War have taken the time to map out Middle-earth accurately. This means that fans of Lord of the Rings will be able to jump into Middle-earth exactly as it was envisaged by Tolkien. The maps will be ever changing as well, as Overlord’s situated who rule each region will shape it to their liking. These changes go hand in hand with the Nemesis system, which means that no region will be the same.

The game's expansion doesn’t just cover the map however, as new races have been added to Shadow of War such as humans and elves. 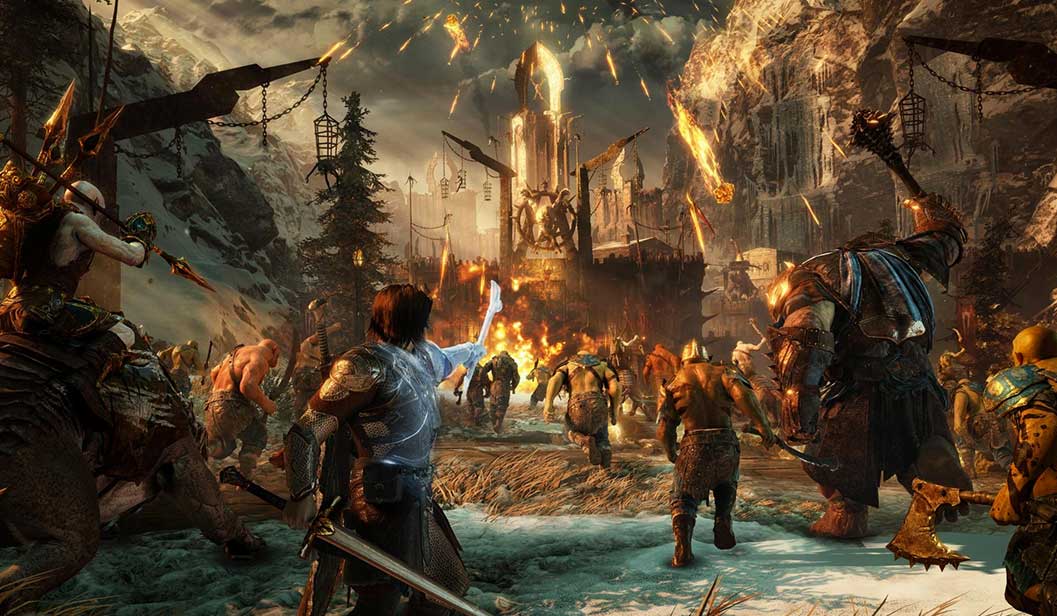 The gameplay has been expanded from Shadow of Mordor with more abilities, moves and features. Celebrimbor has been upgraded with brand new melee attacks for players to utilize, he is able to summon his hammer in order to execute enemies, he will also have a spear which will take out groups of enemies with great speed. These weapons can be combined with Talions combos in order to deal massive damage.

The skill tree in Shadow of War has been upgraded. Abilities are now unlockable with sub skills in order to fine tune your abilities to your play style. The Nemesis system has also been brought into loot drops as well meaning the weapons and armour that you loot from your enemies with me unique to you.

Difficulty modes have now been implemented into Shadow of War, so if you find that you are being defeated more times than you are comfortable with, you are able to take the difficulty level down. Players are also able to up the difficulty should they want more of a challenge.

Players are also able to tame and control more beasts than ever before, such as fire breathing drakes and huge goliath like siege beasts.

The feature that has been expanded on most is the Nemesis System. The most popular feature from Shadow of Mordor doesn’t just effect your enemies, it also affects your army as well.

Shadow of Mordor introduced us to Warchiefs, these fearless Uruk leaders were unique to your storyline and were the biggest and baddest bosses that Shadow of Mordor had to offer. In Shadow of War, Monolith have taken this a step further and introduced Overlords, these Uruks rule an entire region and shape it how they want. As these Overlords are part of the Nemesis system as well, each Region will be gradually generated to fit the Overlords aesthetic. Each Overlord will reign over their own fortress and it is up to Talion, Celebrimbor and their army to usurp the Overlord and take over the region. Each Fortress will house one Overlord, a handful of Warchiefs and a whole battalion of Sauron’s Uruks. Once a Fortress is yours, you are able to recruit you own Overlord from your army and make the fortress your own. 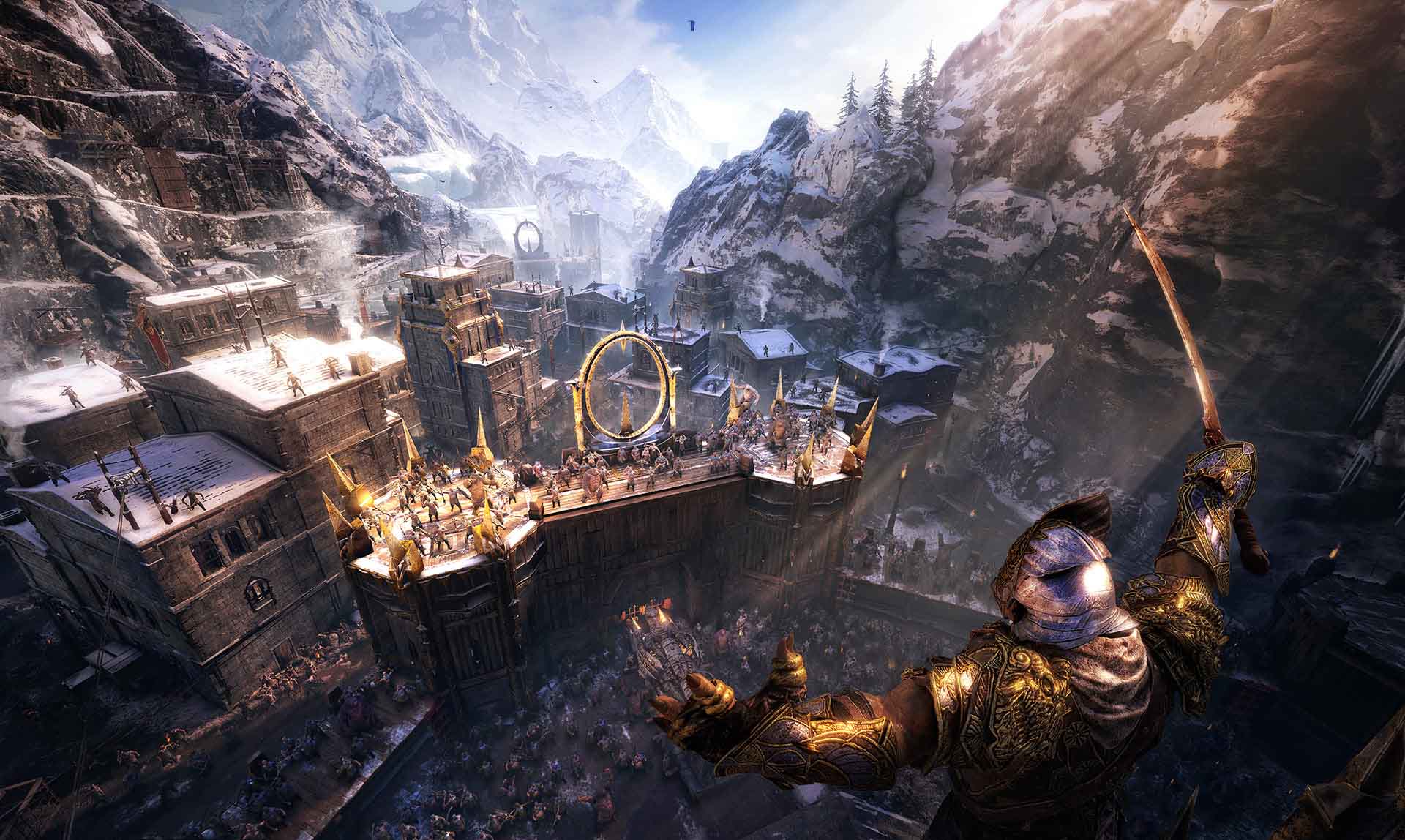 The Nemesis system will not just change things aesthetically, each Overlord and Warchief will have their own, strengths, weaknesses and traits which add another diverse layer to battle. The Nemesis system also takes things a step further in this respect and will give the fortresses you attack different traits, defences and armies as well. This means that each battle and fortress assault will be unique to each player.

The Nemesis system will also affect your army as well. Each time you go into battle Talion is able to dominate any warchief he comes to blows with and recruit them to his army. This means you will be able to tailor and fine tune your amy depending on what Warchiefs you recruit and what strengths and abilities they have.

In Shadow of Mordor it was Talion and Celebrimbor against all the Uruks Mordor had to offer. In Shadow of War, Talion will be facing other terrifying beasts such as Trolls, Graugs, Siege Beasts and Drakes. 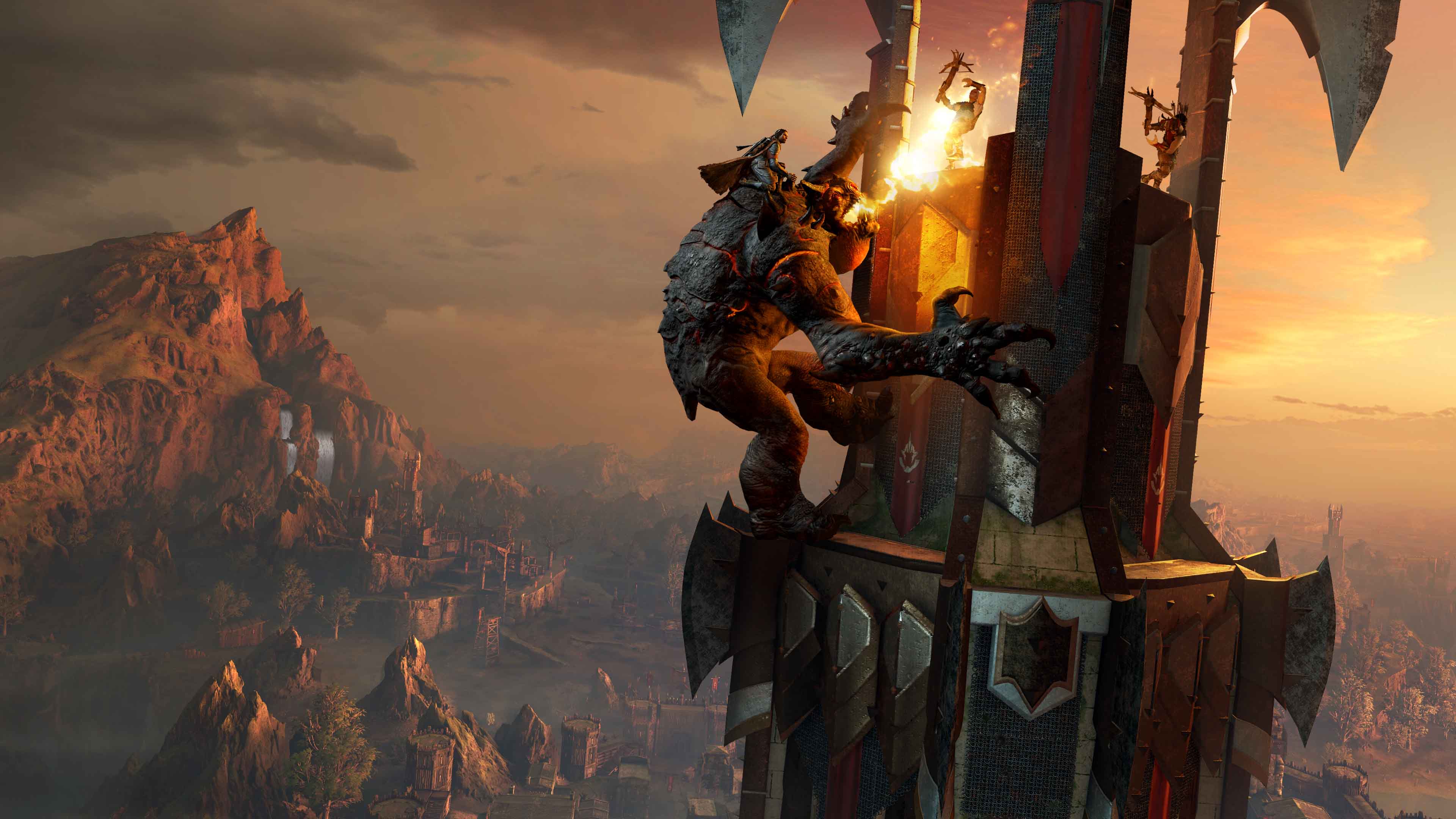 Trolls will be fully integrated into the Nemesis system meaning you will be able to recruit them to your army and come face to face with them in battle. Coming face to face with a Troll Overlord is possibly one of the biggest challenges of the game.

More classes have been added to Shadow of War with various tribes now being featured in the game. Players will come face to face with Necromancers and Beastmasters for example. These classes are also fed into the Nemesis system which could potentially leads to some truly unique fortress battles and Overlord boss fights.

Middle-earth: Shadow of War is due for release on 10th October 2017.

An in-depth timeline highlighting the key events in Middle-earth history. From when Celebrimbor was instructed to forge the ring of power for Sauron, to the Lord of the Rings saga. This also includes the events from both Shadow Of Mordor and Shadow Of War.

The Battle For Middle-earth: Shadow of War Story

The Shadow of War story begins with the forging of a new ring, giving Talion new abilities, as well as advancing his current skillset.