Yooka-Laylee is the upcoming 3D platformer from Playtonic Games and the spiritual successor to the popular Rare game, Banjo-Kazooie.

The adventure game features a chameleon and bat, named Yooka and Laylee and their quest to defeat the evil Capital B and his malevolent plan to control the world’s literature and transform it into profit for his own business.

A manic, intense and hysterical multiplayer meltdown, pitting up to four players against each other for who can bag the most quills in the set time. The frozen platform which you spend racing around to grab the quills, will fall through, so you’ll have to act quickly and be expected to fight to the death!

Probably the most competitive of the mini-games, because everyone fancies themselves an expert in ‘carting games’, yes, you are probably great at Crash Team Racing and Mario Kart, but that doesn’t mean anything in this carting game.

A rendition of capture the flag, but instead add flames, little green monsters, jars with SKULLS and competitive opponents and you have yourself a great mini-game!

Dodge obstacles and swerve out the way of blockades, whilst fighting for space against your opponents. You also have a neat gun that you can use to blow up the little green monsters that stand in your way.

My favourite of the mini-games, where large blocks slide in and out of place, as you dart through avoiding hidden obstacles, whilst trying to collect the most quills. There can only be one winner!

A race to the finish line, blocked my gigantic poker chips and rows of die. Dodge, leap, block and remember to collect all the quills.

We’ll be covering more of the Yooka-Laylee multiplayer action soon, so be sure to check back for an update and insight into the local co-op mini-games! 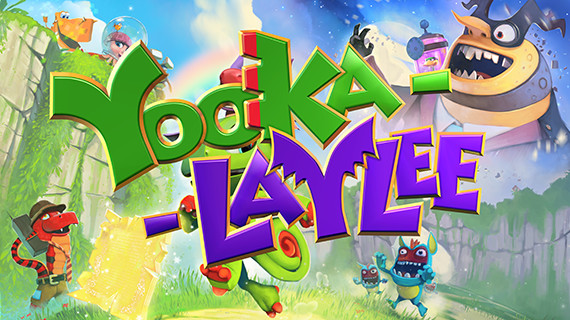