The developers have described the weapons as another ‘hero’ in the game and want to give your choice of gun a personality and traits. Your weapon will match up to your desired tactics in approaching missions and overall style of gameplay, taking into account the three pillars.

The three pillars are playable modes and ways of approaching missions, which include Sniper, Ghost and Warrior. So whether you want to approach stealthily, tactically, or rampage into situations, there is a gun for every situation.

Your weapon and its parts, including bullets, will be fully customisable with different scopes, attachments and upgrades available. The world of Sniper Ghost Warrior 3 has safe houses for players to adjust and work on their weaponry, using unlocked attachments from missions or picked up from fallen enemies. 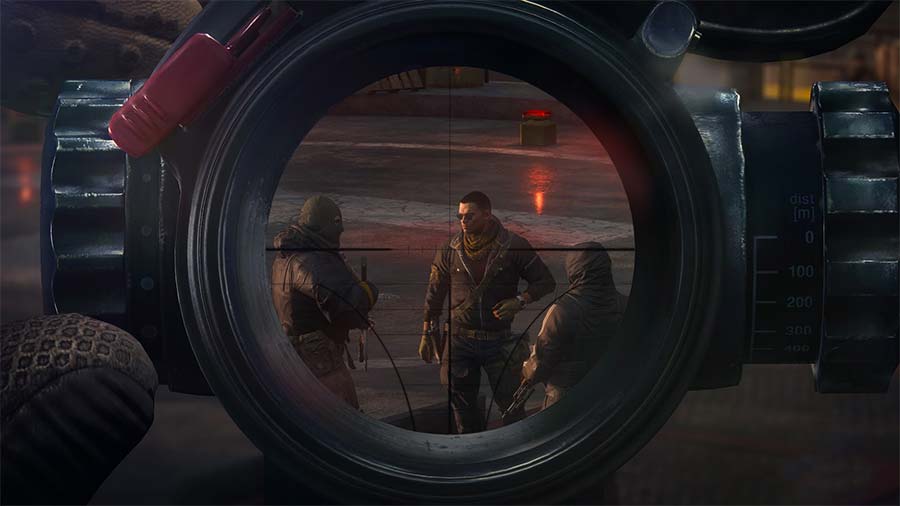 Designed as a counter-sniper rifle, this is a long-range military rifle. A great precision gun, but also adaptable to short range attacks and resilient in harsh, operational environments.

A popular rifle in the army, although it is incredibly noisy, it comes up trumps across range, fire rate and mobility. Ideal in close-up combat when your position is already given away.

A semi-automatic rifle designed to eliminate enemies from afar quietly and efficiently. It doesn’t rank high on mobility and although it’s slow, hopefully the mission is complete before you even need to reload.

A noisy in your face pistol, aimed at the Warrior approach to games. You will be able to move quickly between enemies and create havoc with this efficient little gun.

It is incredibly noisy and you have to basically be on top of an enemy, but it does have the power to churn out 30 rounds in just 8 seconds.

A self-loading rifle, designed to support your squad as a long-range weapon. This is the all rounder rifle, reliable and effective.

As well as a range of weapons, Sniper Ghost Warrior 3 has also implemented a series of gear to help you on your missions and defeating the enemy.

Sniper Ghost Warrior 3 is a first person-tactical shooter and the third in the series. Differing from its predecessors, the game follows a less linear path and is now open world.

The Setting Of Sniper Ghost Warrior 3

For the franchises 3rd installment the team at CI games have taken on a brand new protagonist in the form of Jonathan North, and put him in the brand new setting of Georgia.