Hands On With South Park: The Fractured But Whole

During EGX 2016 we got some hands on time with South Park: The Fractured But Whole. The next game in the South Park game franchise that takes place directly after The Stick Of Truth.

You again take the role of The New Kid as he/she is thrown into a brand new story, where the Kids of South Park colorado are playing a brand new town wide role playing game now featuring their Superhero personas.

Our demo started with us controlling the new kid as he tries to infiltrate the Coon and Friends Lair and try to get in on the new Superhero role playing game. This quest led us around Cartman’s house as we tried to track down the secret code to access the basement. As you can imagine the game follows the same vulgar and obscene sense of humor that the TV show is famous for, as you could lead your character into the bathroom to go to the toilet (complete with appropriate sound effects) and also explore Cartman’s diary which is colourful to say the very least. This is the perfect representation of South park which any fan, like myself, would enjoy 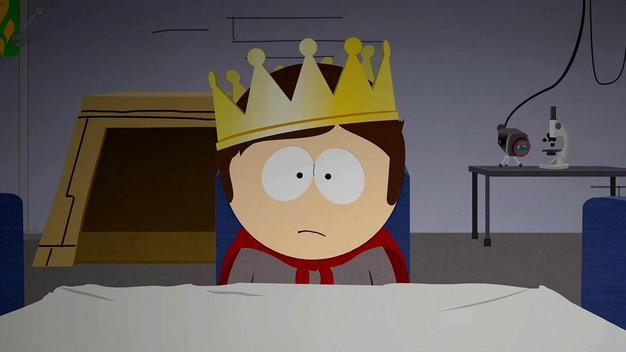 The Fractured But Whole - The New Kid

It’s great to see that the game takes a ‘if it isn’t broken, don’t fix it attitude’ as it feels just like The Stick Of Truth in terms of navigation and overall aesthetic. This doesn’t come to a surprise as it captures the TV shows look perfectly, even down to the character animation and the show’s the stop motion paper cut feel.

Once we gained access to The Coon and Friends lair (aka Cartman's basement) we were treated to a string of profanities from the Coon himself. He eventually agrees that the new kid can be a part of the Superhero game and quickly outlines our Superhero Origin Story.

What is really cool is that we are able to play our very own origin story, as Cartman narrates how we got our super powers this gave us the opportunity to choose our class and experience the games new and improved combat. We went for the speedster class (I mean who doesn’t love the Flash) and got stuck into the Battle system. 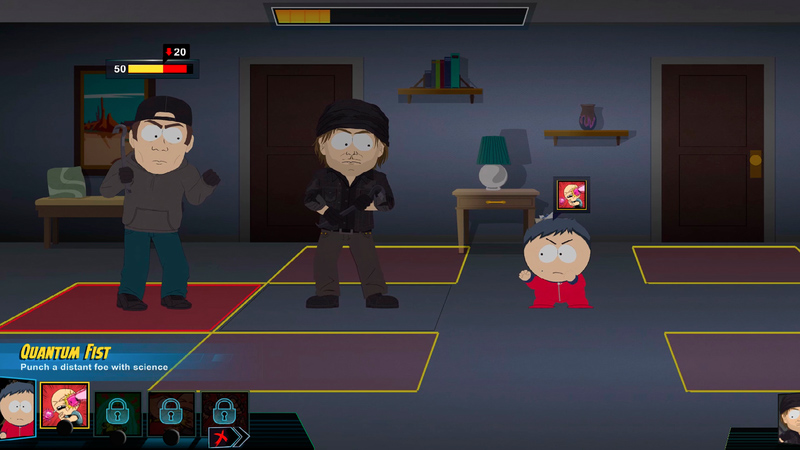 The Fractured But Whole - Battle System

Much like The Stick Of truth, the battle system is turn based but has been improved greatly. Players are able to move forward and backward in order to attack or evade. The battle system overall feel more tactics base in that you really have to think about your next move. True, we only got to experience the tutorial which it came to combat but I can safely say that this improved battle system will be a great improvement on the building block that The Stick Of Truth laid down.

The demo finished shortly after our Origin story played out. It was a great little taster into what The Fractured But hole will play like. We cannot wait to play the full game on release.

The Fractured But Whole Character Customisation

In South Park: The Fractured But Whole character customisation has been taken to a whole new level. It has been given quite an upgrade by building on what The Stick Of Truth produced.

During our hands on time with South Park: The Fractured But Whole at EGX 2016, we also got the opportunity to try out the Nosulus Rift.