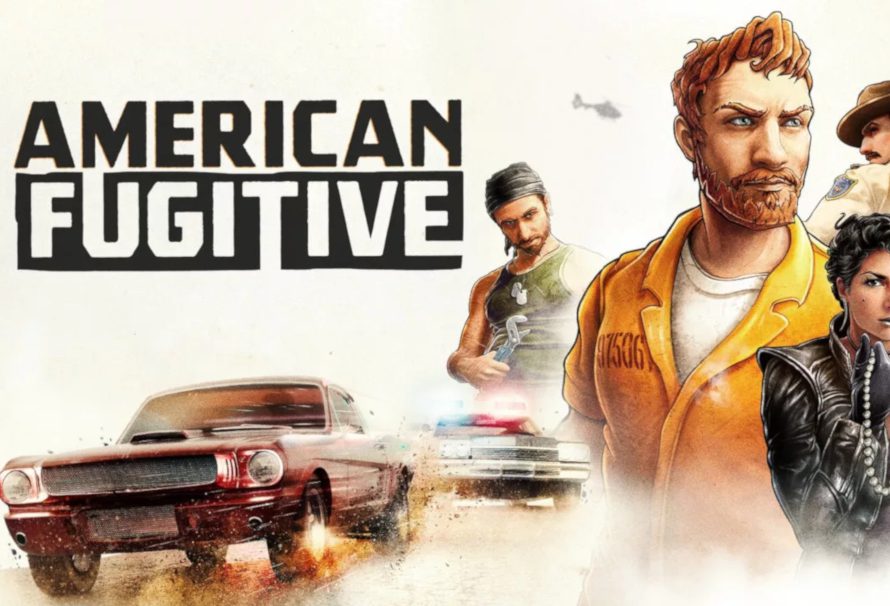 American Fugitive is an indie love letter to classic Sandbox RPG gaming. Using a fairly straightforward narrative to pin all it’s gameplay to, American Fugitive tells the story of a man searching for his father’s murderer, a crime you, as William Riley, stand accused of. But just because William is innocent, doesn’t mean he is a good man.

From UK based developers Fallen Tree Games, the five-man studio has delivered what is, at its heart, a fairly modern crime story, that could easily be storyboarded for television to fill the void a certain series recently left us with. This is not your generic bad guy seeking redemption story though, very often with this type of protagonist we’ll see a man trying to be better, wanting to be a good man but struggling between the life he wants and the life he’s made for himself. American Fugitive throws that to the gutter. Will Riley is a crook, his friends are crooks and now Riley is escaping prison with no intention of being turning over a new leaf, but fuelled by the mystery of his father’s death.

This approach to the character actually makes him more relatable. Real people don’t stand around pondering the morality of their previous life choices while in full crisis mode, no, we simply act, doing what is natural to us in order to survive. For Will Riley, Thieving, vandalising and a fair body count is what he naturally does. These character and gameplay elements, combined with the isometric camera makes the game reminiscent of the original Grand Theft Auto games.

Don’t be mistaken into thinking that the title leans on its GTA nostalgia to milk you of your greenbacks. No American fugitive handles even your pettiest of crimes with intelligent gameplay and a much greater weight. Breaking and entering households to commit a robbery is a great example of this. Entering a building brings up a floorplan on which you can click and move between rooms and auto search them. You can peek through windows to discover if anybody is inside but for the most part, you’re going in blind. If you come across someone while robbing them you will have the choice to attack, intimidate, restrain them or simply flee from the building. Occasionally you’re doing all this to a timer, which at zero brings the cops to the door. It almost feels like a whole mini-game on its own and moving through buildings dealing with different situations is most definitely a skill in of its own.

With American Fugitive you can clearly see that the details are what makes the game so damn entertaining. To me, one of the subtlest features that has the biggest impact are the driving mechanics. Every car handles a little differently and it takes a bit of practice and a lot of experimenting to find one that you like. I then found myself running from the police past several perfectly good get away vehicles simply because I didn’t like the way that particular car handles, or I’ve been caught in that one too many times so it’s now the unlucky car. Though it has to be said my favorite detail in the game is the item descriptions, injected with a just a sprinkling of pure, British, tongue in cheek humor that made managing your inventory an experience rather than a chore. For example, the Blue dress’ description in your inventory  “In certain lighting conditions can appear gold” (comment below if you get that reference). There are many of these, and some of them I really don’t get and seem arbitrary, but I love it never the less. It shows a certain level of passion for the little things in games that complete an experience, it also shows a game that isn’t afraid to not take itself too seriously.

American Fugitive is out now on PC, for more details visit the Green Man Gaming store.