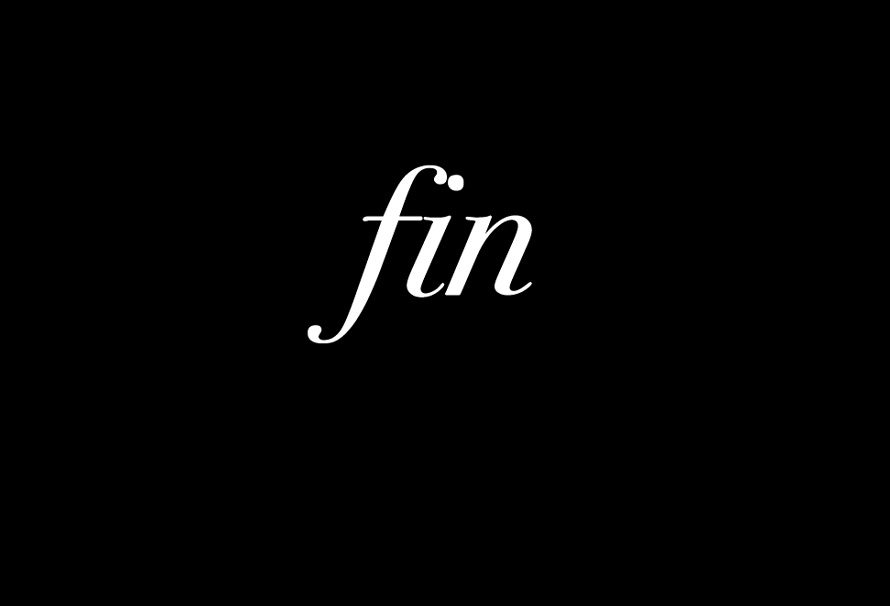 All things come to an end. Even our universe will one day end when we cease expanding and entropy brings a heat death to a tired and ancient reality.

But until then we’ve got video games, right?

For some reason the internet is currently abuzz with tales of endings, and the quality of finales. Well, we’re here to do one thing, and that’s cash in on current trends. So sit down, relax, and let us sing to you a song of games that actually ended pretty well.

Note: Gonna be heavy on the spoilers from here on out. Read at your own peril.

Fallout set the bar for all the sequels that followed in its wake. Mixing drama and a lighter touch to create a melange of wasteland-y goodness, it stands out as a near perfect RPG. The ending, even now, remains utterly astounding.

After traversing the wasteland to save your home, first from failing water supplies and then the terror of the super mutant threat, you return home. Only to be met by the Overseer who thanks you for all the work you’ve done for your people. Then, he tells you that you’re too dangerous to be allowed back in. That you’ll cause people to leave safety. That you’ll be the death of Vault 13. So the game ends with you, the Vault Dweller, walking with your head bowed low, back into the wasteland.

There’s a lot written about Spec Ops: The Line by writers far more knowledgeable and capable than me, but it doesn’t mean I can’t appreciate this love letter to Joseph Conrad’s Heart of Darkness. Set after Dubai become swamped by colossal sandstorms, you play the role of Delta Force Captain Martin Walker leading a team into the sand-strewn ruins of this once great city.

The road to hell is paved with good intentions, and each step you take in Spec Ops: The Line leads you closer and closer to hell. Each decision your character takes is logical but by the end of the game Walker is truly damned. The ending revolves around the twin revelations that Konrad, the enemy you’ve been chasing the whole game, is already dead, and that you have been an unreliable narrator this whole time, often hallucinating events.

How Walker deals with this and who you blame for Walker’s actions forms the core of one of the most excellent endings of all time. Do you take your own life, do you put your hallucinations to rest and face justice, or do you become Konrad. It’s a difficult choice, and one that’ll stay with you.

Shadow of the Colossus

In which Wander gives everything to save Mono and bring her to life again, and possibly gives too much.

Forming a dark pact with a creature known as Dormin, Wander agrees to slay twelve colossi in order to bring Mono’s soul back to her body. Thus Wander sets out on one of the most beautiful and heart wrenching adventures in video game history.

The game ends in tears. After killing the colossi, Mono’s life is returned to her. But Wander has become corrupted with the dark presence of Dormin. In addition, pursuers have caught up with him, seeking justice for crimes committed prior to the game. Wander ends up having to give up his life to save Mono, seemingly transformed into a horned infant.

The Last of Us

After a long slog covering an entire year, Joel and Ellie reach their destination. They’ve battled makeshift militia, roving gangs, The Infected, and much more. They’ve sacrificed friends and their own health. But they made it.

All that needs to happen now is for Ellie to be, well, dissected to unlock the cure her brain holds.

Joel lost his child in the opening to the game, and through adversity and time together, he’s come to see Ellie as a surrogate daughter. And he isn’t going to let some scientists tear her brain open to peek at the secrets within.

The game ends with a roaring rampage of violence through the Firefly facility that has been your goal for the whole game. In the end, Ellie confronts Joel about what happened, and he lies to her. She knows, and she accepts it. What else can she do?

It’s a quiet and personal end to a game that’s often careful and quiet, and it fits the theme perfectly. Humanity might be damned, but humans can still choose their fate, even in the apocalypse.

The original Portal was a surprise hit with, well, everyone.

Portal 2 was more in every way. Bigger, longer, probably funnier. And the ending had to do the same. Surprisingly, it succeeded.

It’s a perfect storm of pathos and comedy, and it is a perfect end to a pretty perfect game. There’s not much more to say, other than to reinstall it and play through for the umpteenth time.

Silent Hill 2 is where we really nail down what the town’s doing. James’ journey through the foggy streets leads him to a hotel on an island, where he’s confronted with a hell of his own making.

Similar to some other successful endings, the rug is pulled out from under the player’s feet. It hasn’t been three years since your wife died, and she didn’t just ‘die’. James killed her.

The whole town is constructed as a torment for James. Pyramid Head is a punisher for his sins. The disturbing nurses are a reminder of the hospital where he visited his wife, Mary, and of the guilt he felt, ogling the health professionals.

It all comes to a head in that hotel. And it’s there that choices can be made. Will you leave everything behind you, will you die, will you leave with a resurrected Mary to begin the cycle anew?

Or will you find out it was a dog behind it all?

It’s hard to remember now, but at one time The Walking Dead was exciting. The TV series has since squandered what goodwill it once had, and the game has had a series of revelations of workers being treated poorly which has tarnished its once good name.

But back in 2012 we were all blindsided by the appearance of Telltale’s The Walking Dead. Taking place just before and after the zombie apocalypse, you take on the role of Lee, a former prisoner just looking to survive in this new world.

But along with you, is Clementine.

A young girl who’s lost her family, it’s up to you to try and keep her alive. Keep her going, and make sure she grows up as ok as possible.

The last episode of the first series is a cavalcade of heartbreak, ending with the reveal that Lee is definitely going to turn into a zombie. The game ends with Clementine having to leave, or kill, Lee. It’s almost too much. The last moments see Clementine escaping the zombie-infested city, being seen by two figures who remain indistinct, leaving her future in doubt (well, until series 2).

One thing that sets Assassin’s Creed IV apart from the other Assassin’s Creed games is how unabashedly sentimental it is. Edward Kenway, the main character, isn’t so concerned with vast conspiracies involving pre-humans. Instead he cares about his fellow pirates, and when he discovers her, his daughter.

The end of the game does involve a vast conspiracy involving pre-humans, but the real meat of the ending occurs when you see him say goodbye to the other pirates. The Golden Age of Piracy is over, and one by one Blackbeard, Jack Rackham, Anne Bonny et al all fade out leaving him alone. Except for his daughter, who he meets for the first time.

The very last part you get to control involves Edward Kenway and his daughter, teaching her how to steer his brig, the Jackdaw. As the sun sets, he begins to bond with her. And I dare you to not have a tear on your face.

A game without words, the only means of communication is through cute chirrups that you and your potential co-op partners can make at each other. The game takes you through beautiful sandscapes where you ski down long sun-kissed vistas, and into dark underground monster-filled depths.

Your goal is always a mountain in the distance, each step is a step closer. Until you reach a cold area where the snow reaches halfway up your cloak. Alone, or with someone else, you collapse to the ground, unable to continue. Your cheeps becoming quieter as the game fades to black.

That’s when the ending starts to kick in. You awake and you’re amongst the clouds. Your co-op friend is back, and now you can almost fly. The music swells around you with Austin Wintory’s excellent soundtrack. It’s a true moment of elation after the absolute tragedy of a few moments before. The music almost becomes too sweet as you approach the mountain. The game pushes that feeling as far as it goes, fading out again, but this time to white.

The game’s ending comes with a look back at all the places you’ve just been, with a pair of shooting stars flying over the path of your journey. There’s nothing like it, and soon Journey will be coming to PC so if you haven’t played it, the time is coming.

Prince of Persia: The Sands of Time

Prince of Persia: The Sands of Time starts when the titular Prince makes a huge mistake. Tricked by the evil Vizier, he uses the Dagger of Time and releases the Sands of Time, unleashing a time and sand based apocalypse upon the world.

Travelling through the Maharaja’s palace where the game takes place, the Prince meets with Farah. Unsure of whether or not to trust her, he eventually finds out she’s the daughter of the Maharaja, and more. They begin to fall in love with each other.

Eventually the Prince defeats the Vizier and seals the sands away again, but Farah loses her life in the process. As the Prince sends the sands back into containment, time rewinds to a point just before the attack on the Maharaja’s palace begun. Sneaking away from the encampment, the Prince stealths into Farah’s room.

It’s there that the ending takes place. It turns out the whole game, and the narrative that has been spoken along with it, has been the Prince recounting this tale to Farah. The Vizier is the only other person who remembers what happened, and emerges to attack the pair. Defeating him, the Prince leaves Farah with the Dagger of Time, and a secret word that only she knows which she told him in the other timeline. Stunned she watches the Prince spirit away into the night.

Third person action adventure games shouldn’t have endings this good, but I’m glad they sometimes do.

Honourable mention: The Prey 2 we didn’t get.

OK I said ten games, but here’s an honourable mention, simply as this version of Prey 2 was never released. Involving time, death, and more, it sounds like if it was pulled off, it could’ve been astounding. We’ll leave Chris Bratt from People Make Games (well, Eurogamer back then) to explain it in more detail:

All things come to an end, and this is the end of this article. Did we miss games you love with amazing endings? Let us know in the comments below.