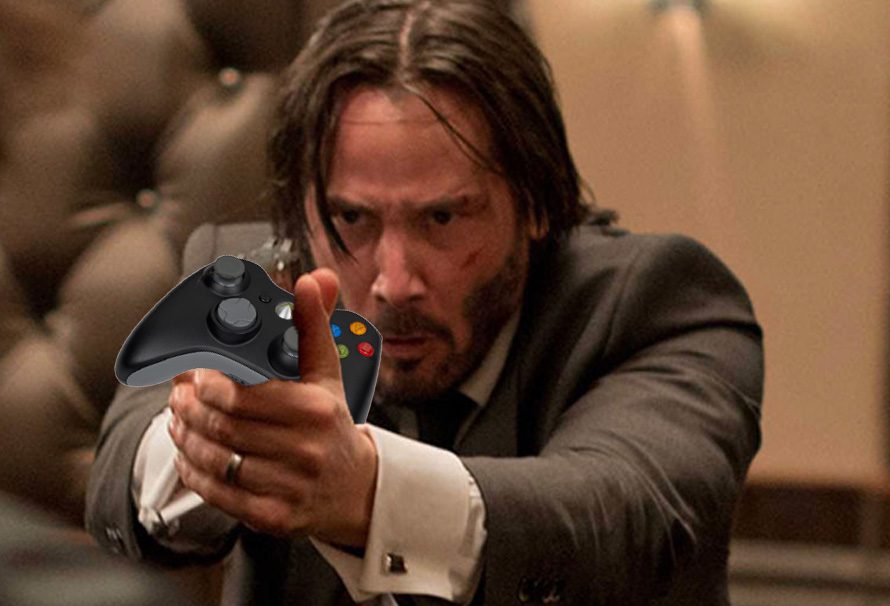 John Wick: Chapter 3 – Parabellum (try saying that five times fast) is in cinemas now. In addition, a video game is coming out, one that actually looks like it might be a good game based on a film. I know, hard to imagine.

But that’s in the future. You want to feel like John Wick now, albeit without the dead dog and the threats to your life. Here’s 5 games that’ll scratch that John Wick itch you’re feeling.

Before you close the tab, hear me out. The Wanted film was a very loose adaptation of Mark Millar’s Wanted, and the game is similarly loose with the subject matter. But one thing that’s absolutely tight about Wanted: Weapons of Fate is the gunplay. Firing bullets around corners and performing trick shots feels absolutely great in this short little movie tie-in. If you can get your hands on it, it’s absolutely worth a few hours of lining up fools so you can spin a bullet through their brains. Be the expert marksman of your dreams.

At the start of any Hitman game you’re a clod. An absolute dunce, wandering the levels like an aimless fool. Then you learn how to take out your target. Then you learn to do it smoother, better, quicker. Eventually you’re a veritable John Wick, sliding through the level like a ghost, leaving only corpses in your wake. Pulling off the Silent Assassin grade on a level makes you feel like a god. A god of death, but still, a god.

Time only moves when you do, that’s the way SUPERHOT (SUPER, HOT, SUPER, HOT, SUPER, HOT) works. Armed with anything you can grab your hands on against myriad foes all advancing inexorably on you. When this game works, and it works extremely often, there’s nothing like it. You zip in-between bullets, dodging blows, sending enemies into the morgue. And at the end of the level? You’re presented with a playback of your carnage, pauses removed. What a flawless machine you are.

Max Payne is that unusual beast in that there’s not a bad game amongst them. Taking noir to extreme levels, they combine style and bullet time to stir up a wonderful melange of bullet-based beauty. The most shocking thing about Max Payne is that the first is old enough to vote, and still feels cracking today. Armed with sardonic wit, a painkiller problem, and more bullets than you can shake a pistol at, a bit of Payne is sometimes exactly what the doctor ordered.

Hotline Miami is a top down rampage through level after level of intense gun-and-melee fights. Set in the 80s with an astounding soundtrack and utterly perfect controls, Hotline Miami is that perfect blend of art, design, and mayhem. Try playing it, I guarantee two things will happen. The first is you’ll look up the soundtrack on YouTube, the second is that you’ll not be able to play just one level. It’s gloriously outrageous, and outrageously addictive.

With those five games in your clip you’ll be able to hold off the John Wick jitters for a little bit. Do you have any nominations for John Wick-esque games? Let us know in the comments below.