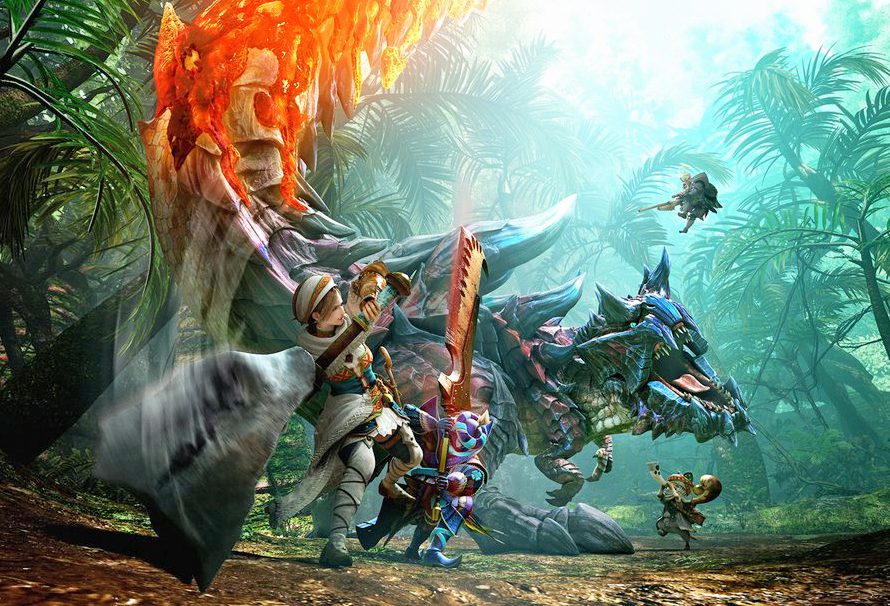 Ahh Monster Hunter, the old-school portable series has been around for over 10 years, and it’s most recent iteration, Monster Hunter Generations feels more like a highlight reel of the best of the series than anything else.

Combining the elements that Monster Hunter 4 introduced with verticality by debuting a brand-new weapon, the Insect Glaive. The Glaive allowed you to mount monsters in an Aerial style and allowed some of the rest of your party to breathe. This time, in Monster Hunter Generations each weapon has a variety of different styles of play to choose from, including the aerial style, which means that now each of the 12 weapons now have even more depth and complexity hidden within them. I’ve only used a Switch-Axe throughout Monster Hunter, and can’t really imagine switching to another weapon, as it will fundamentally change how you play the game.

The titular monsters are the biggest Draw for Monster Hunter Generations, the design conventions that are within the game betray traditional game-design of giving everything to the player with clarity. To beat a monster, you’re going to need to earn it. Monsters don’t have health bars, they will try and escape to different areas and its down to you to track it down, and understand how the monster’s feeling and react around it.

When it gets weaker, it will start drooling and limping. When it’s enraged, you’ll see it attacking relentlessly. To combat these beasts, you’ll need to understand their habitats, how they move and how to find them once they’re gone. Monster Hunter: Generations is not only a fantastic game. It’s one that you can play almost endlessly. From each of the hunting weapons to the ritual of managing your items and preparing for the hunt ahead, there’s something for everyone in Monster Hunter, which is why the game has spawned dozens of clones in its wake.

The respect you have to have for Monster Hunter is there, from near mechanical perfection to the dozens of layers of depth underneath it, Monster Hunter’s only failure is the high barrier for entry for players. For many, Monster Hunter is the “Final Boss” of Video Games, and the game eases you into it by giving you what is essentially a 60 hour tutorial, from there on in, you ascend Hunter Rank to face off against Monsters that are much larger and nastier than you, it’s then that you can call upon a team of hunters to fight alongside you and take a role in taking down these furious beasts.

What can I say, Monster Hunter is as close as we currently have to a mechanically “Perfect” game.  Get ready and prepare for the hunt.