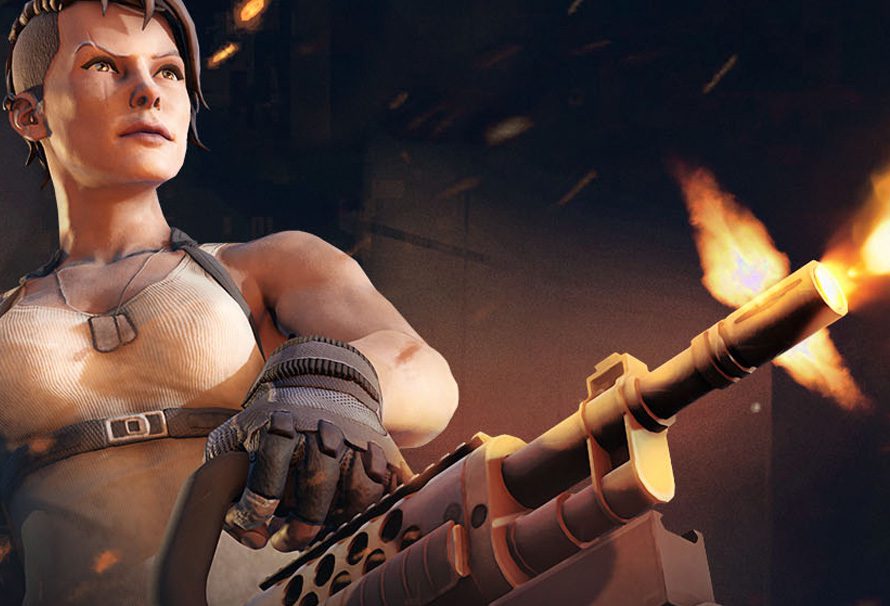 The Juggernaut game mode is a king of the hill style mode where players will compete to pick up the golden chainsaw. Picking up the chainsaw will turn the player into the Juggernaut increasing their health and revealing their location to everyone. The Juggernaut will earn points depending on the time they are alive, with additional points being awarded for every kill. Other players will need to work as a team to hunt down and kill the Juggernaut and end their chainsaw-induced spree. This game mode switches the game on its head and adds an experience like no other, it should make for some fun and dynamic matches.

The previous update in October brought daily missions to Ballistic Overkill the missions are continuing to receive development with 6 new Juggernaut specific missions being added this update.

It is not just a new game mode coming to Ballistic overkill today, you will also find the Guerrilla and La Muerte character kins DLC, along with the following fixes and balance changes:

For more info, check out the full patch notes below:

The Juggernaut update is here and comes with a new game mode we’ve wanted to put in the game since time immemorial. Plus, it brings awesome new costumes for Shadow and Wraith, and some performance improvements.

Juggernaut is a new way to play Ballistic Overkill. In Juggernaut matches, a golden Chainsaw lies on the ground waiting to be picked up. The player who picks the weapon turns into the Juggernaut — a special class with tons of health, The Juggernaut will score points for every moment they are alive and yet more points for every player elimination. The other players must try to kill the Juggernaut, and they will score points proportional to the amount of damage dealt to them. The Juggernaut may seem OP, but all players know their location, This should add an interesting dynamic to Juggernaut games that you won’t see anywhere else. We’ve wanted to have this mode in the game for several years now, so we hope you like it as much as we do, we will be on the Steam community looking at any and all feedback you have.

Two new skins have arrived! Get ready for ambush, sabotage and hit-and-run tactics with the Guerrilla version of Shadow. And La Muerte is a festive costume for the female Wraith that puts you in the right mood for reaping.

That’s it for now. We hope you have fun with Juggernaut and enjoy the new DLC!

Ballistic Overkill is also available for a limited period only as part of Green Man Gaming’s Mix ‘n’ Match offer, so check it out and build your bundle today.