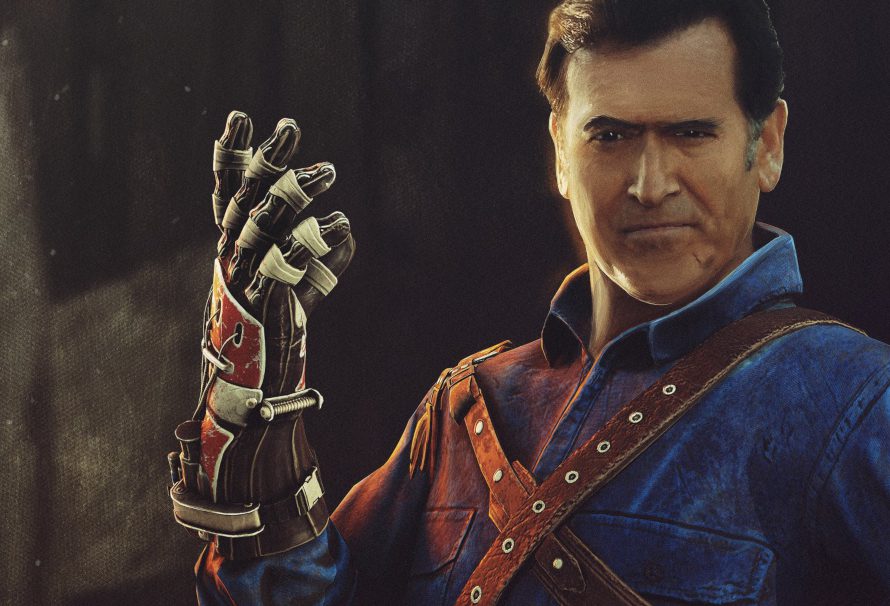 Apparently, the people over at Behaviour Interactive are determined to make every day Halloween. Recently they announced that as of the 2nd of April you will be able to use the wit, cunning and sweet sugary one liners of the one and only Ash from the Evil Dead franchise with the Ash vs Evil Dead DLC.

This alone would be great news for fans of the game, though not entirely a surprise as players with a keen eye were able to decipher some of the new perks from the recent Demise of the Faithful DLC that relate to Ash. The real kicker here though is that this new playable character is fully voiced by Bruce Campbell himself.

But who is Ash Williams?

For those of you unaware of the significance of this let’s take a step back quickly and bring you up to speed. The original Evil Dead film was released in 1981 featuring Bruce Campbell as Ash. It’s one of the original stories that practically invented the secluded cabin in the woods plot line we’ve seen so many times by now. However, this wasn’t the film that thrust Ash into the world of pop culture (emphasis on the CULT part).

Flash forward to 1992 and the release of Army of Darkness (or Evil Dead 3 to save confusion) Sam Raimi’s comedic horror masterpiece of absurdity, that sees Ash transported back in time, by the powers of a mysterious book, to battle mages and skeletons as he tries to find the Necronomicon to get back home. Some notable meme worthy moments you may have seen before include “this is my Boomstick” “gimme some sugar baby” “well hello, Mr. Fancy pants” and one of my personal favourites “shop smart, shop S-Mart.”

The Hero we deserve?

The point is people fell in love with Bruce Campbell from these movies. Fast forward to February 2018 and the world drew the final curtain for Ash as the new tv series Ash vs Evil Dead was cancelled after it’s 3rd season, with Bruce Campbell stating that he will be retiring the role entirely.

Thank the stars that was less of a prophecy and more of a, well, inaccurate statement. He’s back, in full force, to save the day as a playable survivor in the latest Dead by Daylight update.

Today we have even more great news to share with you. If you’re an Ash, Bruce or Evil dead fan but haven’t picked up Dead By Daylight yet, you can catch it on sale this week as well as all previously released DLC. Catch all the great prices here, jump in and “… be like a ninja losing his virginity, quick and discreet”