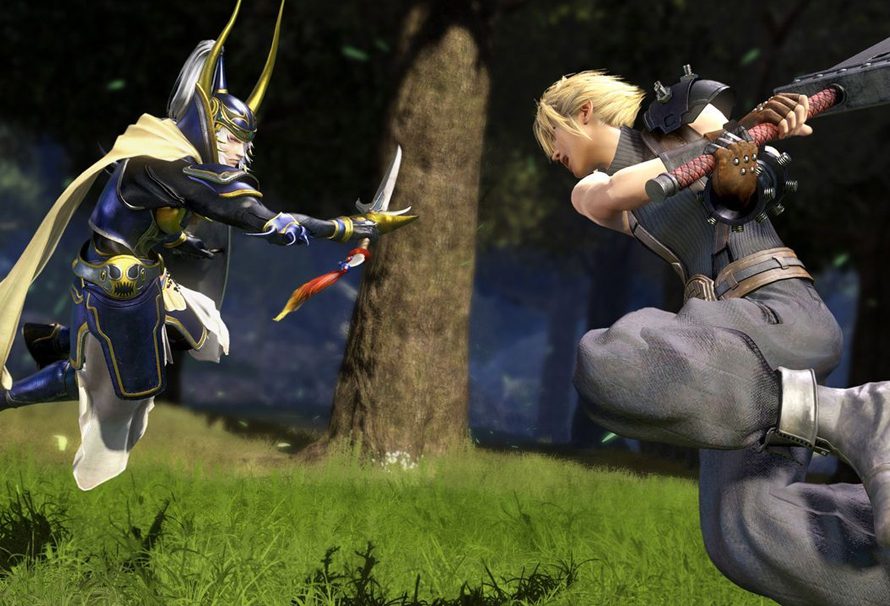 Final Fantasy is a franchise which is famous for its in depth RPG games, where players embark on an epic journey to rid the world of evil. Final Fantasy games are synonymous with their in depth story arcs, great characterisation and immersive gameplay that has gamers hooked for hours on end.

Technically the third game in the Dissidia series, NT is a brand new story which is ideal for new comers. At its core, NT is a fighting game where players are able to put their favourite characters against each other. So if you ever wondered who would win a fight between Noctis from FFXV and Cloud from FFVII then this game will hold the answer, provided you have the skills to execute the perfect attacks.

Dissidia Final Fantasy NT isn’t just about 1v1 battles however, as fights are team based where players will be thrown into a 3v3 brawl. These fights can either be offline with players joining the battle with two AI characters on their side, or online where friends can team up to settle scores against other players.

NT plays like no other fighting game as players have to focus on building their bravery stat in order to cause damage to foes. Bravery is built by using and connecting bravery attacks which in turn build up your bravery points. These points are then used to determine how powerful your HP attacks are, HP attacks are used to inflict damage to your foes and the more bravery points you have accumulated the harder you will hit. Bear in mind that every time you are hit you will lose bravery points which adds even more depth to this games fighting mechanic as you have to balance bravery attacks with HP attacks in order to best your enemies.

Dissidia NT wouldn’t be a Final Fantasy game without summons and your team is able to summon some classic Final Fantasy beasts such as Odin, Ifrit, Bahamut and many more. Players will have to work together in order to gain the ability to summon, by destroying summon crystals that appear around the battlefield in order to fill up their summon bar. Once full, the team can summon, just bear in mind you will be vulnerable once you start summoning.

Noctis from Final Fantasy XV has recently been announced, there is no confirmation as to which class he will be as yet. Our money is probably on Assassin seeing as his Armiger in Final Fantasy XV was pretty fast.

Jecht from Final Fantasy X has also been spotted in trailers, we expect him to be in the Vanguard class as he seems like more of a power based character.

Here is the current list of summons for Dissidia Final Fantasy NT.

That’s all we know about Dissidia Final Fantasy XV so far, do you plan to get the game? Let us know in the comments below.

Yakuza: Like A Dragon Jobs - What Do They Do?