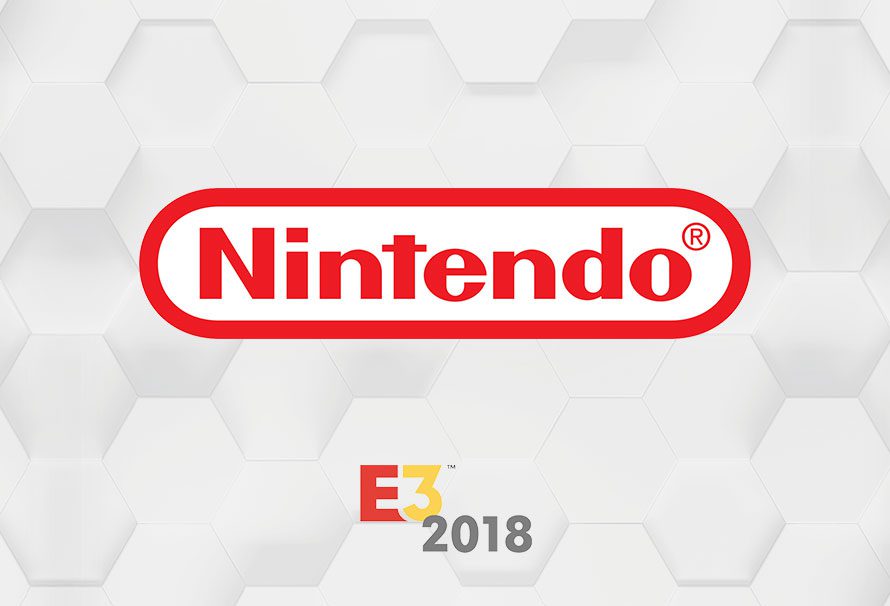 We’re here to cover every game that gets announced, every update, and every bit of news that Nintendo spew out during their conference!

What is it? A brand-new, fast-paced mech action game from Kenichiro Tsukuda is coming to Nintendo Switch. Take your Arsenal, a fully customizable powered suit, out for an array of missions to surmount the enemy at all costs.

What is it? Guide a group of legendary warriors on a journey through the tragic history that doomed a kingdom and drove a hero down a dark path 500 years before the events of Xenoblade Chronicles 2. Defend yourself from Malos and his forces using all the fury of this refined battle system, allowing you to fight as both the artificial lifeforms known as Blades and their masters, the Drivers.

What is it? The Mario Party series is coming to the Nintendo Switch system with super-charged fun for everyone! The original board game style has been kicked up a notch with deeper strategic elements, like specific Dice Blocks for each character. The game also introduces all-new ways to play, including Joy-Con™ controller enabled mini games, and new modes to enjoy with family and friends. Board game play goes back to the four-player basics as you take turns and race across the board searching for Stars. You can also pair up two Nintendo Switch systems and delight in this dynamic play style, such as in the new Toad’s Rec Room mode. With new modes and new   coupled with original board game play, the party starts anywhere, anytime, and with all kinds of players.

What is it? A brand-new Fire Emblem game with a new story and characters is coming to Nintendo Switch. The game takes place on Fódlan, where the Church of Seiros exercises great power over the land and its people. This turn-based tactical RPG will put new strategic twists on battling, with formations of troops supporting individual units on the battlefield. Do you have what it takes to survive and conquer in this brand-new Fire Emblem game?

What is it? Squad up and play the #1 Battle Royale game! Download now for FREE. Jump in to be the last one standing in the free 100-player Battle Royale. Build huge forts. Outwit your opponents. Earn your Victory. Squad up together online with friends in the same room or around the world.

What is it? Overcooked 2 is serving up more chefs, more kitchens, more recipes, more co-op madness and even more Kevin with the second helping of concentrated co-op chaos! Buddy up or go it alone as you cook up a storm, chopping, steaming and frying your way through dynamic and outright crazy levels. Now with online multiplayer for up to four chefs, there is no such thing as too many cooks and the steaks have never been higher as you prepare to save the Onion Kingdom… Again.

What is it? Killer Queen Black is an intense multiplayer action/strategy platformer for up to eight players. Fly solo, or team up with three of your friends as you race to complete one of three possible victory conditions. Killer Queen Black, a new take on the arcade eSport Killer Queen, has been rebuilt from the ground up and optimized for console. The gameplay is immediately recognizable and familiar, yet it introduces exciting new twists and online play for the home audience.

What is it? Forge your own path in Hollow Knight for Nintendo Switch! An epic action adventure through a vast ruined kingdom of insects and heroes. Explore twisting caverns, battle tainted creatures and befriend bizarre bugs, all in a classic, hand-drawn 2D style. Includes all of the new items, areas, characters, and bosses from the currently released free content packs; Hidden Dreams, The Grimm Troupe, and Lifeblood. All players will also get access to the final free content pack, Gods and Glory, due later this year.

When’s it coming out? Available Today!

What is it? Eight travelers. Eight adventures. Eight roles to play in a new world brought to life by Square Enix. And now, you can enjoy the first chapter of each in the new demo available June 14th on Nintendo eShop. Step into the shoes and live the stories of each of the eight travelers and explore the world of Orsterra. Then, carry your choices and adventure into the main game, once purchased, with save data transfer. Choose the path you wish to walk and discover what lies beyond the horizon.

What is it? The critically acclaimed DRAGON BALL FighterZ is now bringing its spectacular fights and all-powerful warriors to Nintendo Switch. Partnering with Arc System Works, DRAGON BALL FighterZ maximizes high end Anime graphics and brings easy to learn but difficult to master fighting gameplay. And on top of being playable on-the-go, this Nintendo Switch version also includes its share of exclusive features.

What is it? Introducing the newest and most expansive Super Smash Bros. ever! Super Smash Bros. Ultimate, The world favourite character beat ’em up is back and bigger than ever. All previous characters from all Smash Bros games are back and included within this instalment, in the biggest game cross over in gaming history! Introducing, Ridley as a new playable character. New moves, new abilities, new techniques new stages and also old content makes a return.  Gamecube controllers can be used and Amiibos are compatible and help you level up your characters.