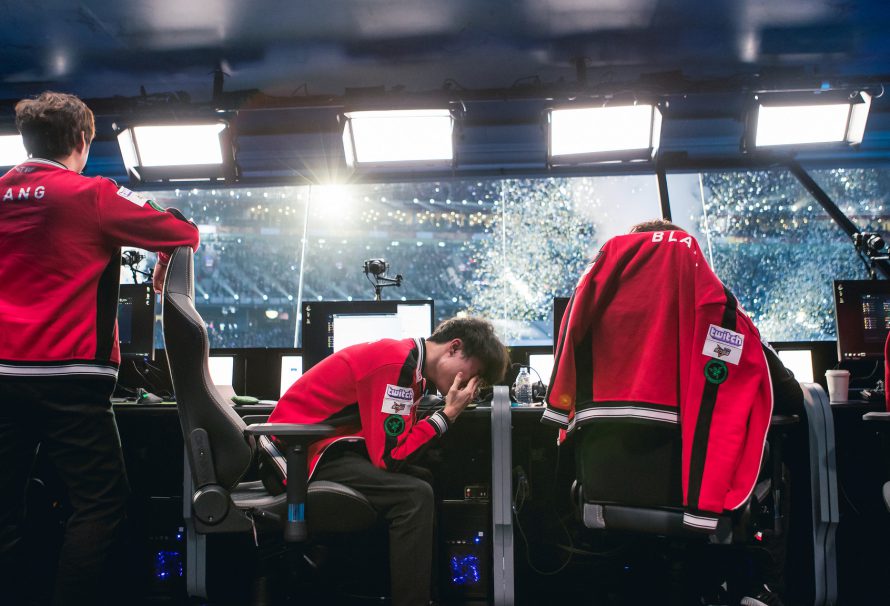 Leading into this weekend’s League of Legends action the headlines had already been written. The name synonymous with esports success and the greatest player in League of Legends history was to yet again break records.

As a dazzling open ceremony drew to a close at a packed Bird’s Nest Stadium, AR dragons and classy performers became a distant memory as two Korean titans took to the stage. Samsung Galaxy received a warm welcome as they edged nervously towards their stations. The reception for SK Telecom T1, the defending champions, was raucous. Rarely are esports competitors held in the same light as Lionel Messi is to football fans or Rodger Federer is to tennis fans. There’s no Ronaldo versus Messi debate here, though.

The mid-laner for SKT put in an unbelievable performance at the World Championships. It’s clear to see that the overall power of 2016’s winners was not what it used to be. The supporting cast around Faker was nowhere near the well oiled machine of years prior yet still, somehow, Faker inspired victory after victory carried them to the pinnacle of LoL esports, the grand final. Forgive the repeated rhetoric, but the weekend gave the greatest of all time the chance to win a fourth world title and cement his place further in esports legend.

In the build up, not an awful lot was said about the competitors, SSG. This year marked their chance to take revenge and right the wrongs of last year. One of the biggest factors surrounding SKT is the radiant aura of invincibility they emit. Misfits came close to conquering but couldn’t see it through. Being in a position to shunt the team going for a three-peat World’s victory isn’t easy and that showed throughout the tournament.

Analysts placed emphasis in the build up around SSG needing to forget the intimidation factor. They needed to okay their own style; the constrictive, slow style that had served them so well. Throughout the tournament veteran jungler Ambition moved diligently across the map securing sidelines for the team creating miniscule advantages that through smooth team fight execution in the mid-game SSG would press home. It has been aptly described by analysts as a “Boa Constrictor” whereby they win from the outside and choke opponents out. SKT on the other hand, place emphasis on Faker and win the mid lane before using that to expand outwards and win. In the end, SSG would conquer their foe in Beijing.

The 3-0 storyline didn’t flatter to deceive either. In almost typical slow SSG fashion first blood was spilled at 25 minutes before the underdogs seized momentum and choked out SKT losing just one turret and not giving up a kill on their way to victory. Although the next two games were somewhat closer, ultimately Faker was never provided the chance to dictate the pace in the fashion he’s known for and SSG made history.

Shots post game showed Faker, a man who rarely displays a semblance of emotion breaking down into tears on stage. Cries of “take this down” emerged on social media as fans were distraught at the sight of their hero crestfallen in defeat.

The Faker dynasty is broken. His fantastic run that saw him just one series away from winning three consecutive world titles is over. The rhetoric and storylines for the season ahead are already writing themselves. Will he rise again or does this mark the beginning of the end for one of esports’ truly remarkable champions?

Only time will tell.