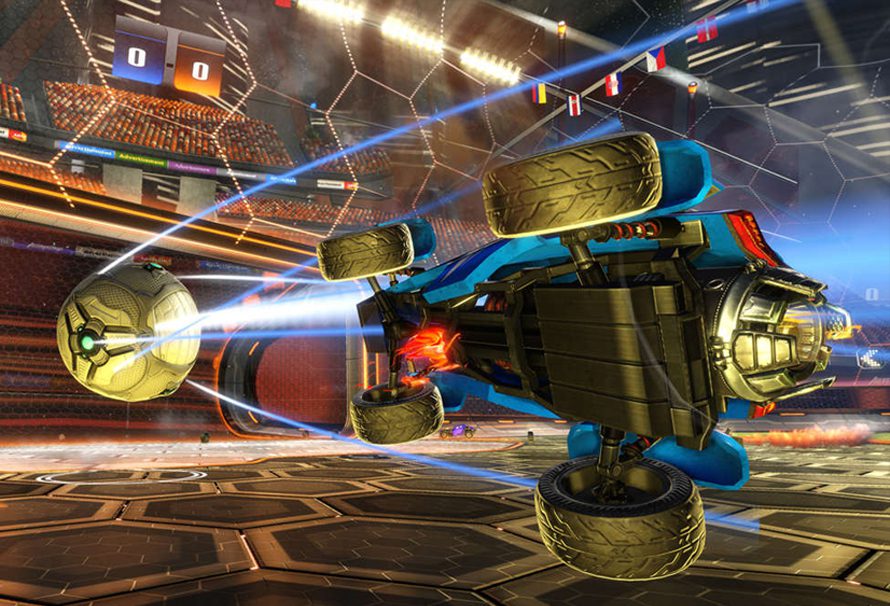 Yes, you read that correctly. This isn’t The Sun’s sport section – it is your favourite weekly esports column letting you know what’s going down in the esports world each and every weekend.

With the growth of esports we see fans flocking to fill out stadiums more and more often and this weekend is no other. The Copper Box, previously home to the London 2012 Olympic cycling and the likes of Bradley Wiggins and Chris Hoy will now be graced by the likes of Mognus, Violent Panda and SquishyMuffinz as the Rocket League World Championship heads to London for the first time.

Hop on the train and head down to Wembley where the SSE Arena next door to England’s iconic national stadium will host another finals of ECS, FACEIT’s Counter-Strike: Global Offensive league. There’s well over $500,000 on the line across the two events this weekend. Elsewhere, Dota’s Super Major will conclude and the Overwatch League will continue.

A new Rocket League champion will be crowned come Sunday

Rocket League is a crowd favourite esports title. Remove the complexity of a MOBA and replace it with flying cars and football and you have a family friendly title that’s easy for even the least games savvy person to understand. It’s fast, frenetic and the players at the top are immensely skilled. Whereas Rocket League to you and me might be a scrappy affair played predominantly on the ground, the professionals barely leave the skies as they compete for every ball with the wackiest and most outrageous of plays.

There’s four teams from Europe, four from North America and two from Oceania who head to London with hopes and dreams of taking Rocket League’s biggest prize. There’s plenty of big names from the esports world set to compete, with the likes of compLexity, Evil Geniuses, Cloud9, NRG, G2 and EnVyUs all on the bill. Each and every one of them have battled through their regions to qualify for the finals and time will tell just who comes out on top.

The leading candidate comes from Team Dignitas, who picked up a team just weeks ago when acquiring Gale Force Esports extremely talented Rocket League roster. The team are the number one seed from Europe and the reigning champions, having taken down Method in the finals of RLCS Season 4 with relative ease. Third seed from Europe, Team EnVyUs are former world champions too and compLexity, Europe’s fourth seed came agonisingly close to winning it last year only to be beaten after a marathon run through the lower bracket.

The main challenge will likely come through both G2 and NRG, who look in impeccable form and are not to be underestimated as they head into the event. For many NRG are the outsider pick and an exciting prospect. They’ve come close before, having finished top six at both Finals in Season 2 and Season 3 but missed out on the latest iteration of the tournament. The roster of Fireburner, GarrettG and jstn are undoubtedly talented and maybe its their time. All of the action goes down on www.twitch.tv/RocketLeague.

Astralis and FaZe Clan are back in action which always makes for a tasty affair but undoubtedly leaves the rest of the world attempting to figure out just how to beat two of the superstar teams in esports.

The full Danish stack of Astralis will undoubtedly be the favourites coming into this weekend, as they’ve looked unstoppable since the addition of Magisk to their roster in recent times. FaZe have lost Xizt who has joined Fnatic so Norwegian player cromen will be the player to hop on board for the tournament this weekend. Any team with the firepower of superstar Niko can not be counted out though, and if he has a big performance, we know that FaZe can replicate their fabulous performances of recent tournaments and beat Astralis.

Fnatic have transferred Lekr0, part of their IEM Katowice winning roster to Ninjas in Pyjamas and as a result taken Xizt the other way – a legendary player in Sweidsh Counter-Strike. We haven’t seen a lot from him just yet, but if he can find the form of old and gel with his new team quickly – Fnatic will definitely be up there as one of the best teams to watch this weekend.

G2 Esports will be playing with an interesting roster of Shox, bodyy, kennyS, SmithZz and Ex6TenZ as they continue to tinker with their underperforming lineup in an attempt to win titles. It’s unlikely that the five on show in Wembley will be able to spring too big an upset and they’re one that we would expect will drop out fairly early on.

From the American side, both NRG and Liquid pose interesting challenges. Cloud9, the major winners, have looked pretty poor since Stewie joined SK Gaming and have yet to find the magic replacement. NRG went on a solid run, but have come up continuously short at LAN tournaments. They’ll certainly be looking to put an end to that here, but with Astralis knocking about – it’s another baptism of fire for anyone looking to notch their first LAN victory.