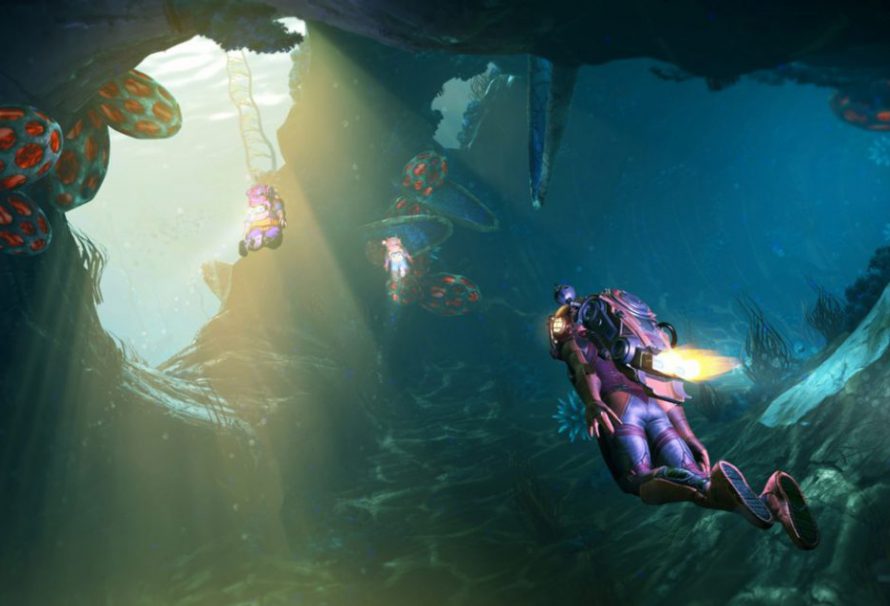 Hello Games released No Man’s Sky The Abyss, also referred to as version 1.7, on all platforms on 29th October. As with the very successful “Next” expansion in July that saw a resurgence in the game’s popularity, this update will also be free to all existing No Man’s Sky players at launch. This update to No Man’s Sky focuses on underwater life as it introduces five new aquatic biomes, mechanical and visual improvements, and a brand-new storyline for players to explore as the ‘Traveller’.

Oceans have always been vast in No Man’s Sky, but with the addition of five new underwater biomes, they are now a huge, deep part of the gameplay. Along with great improvements to the visual quality of these underwater biomes, there will be five times more variety in aquatic flora and flora to be explored in even greater detail than previous versions. This way, the full depth of the ocean will be inhabited and encounters with underwater creatures will be more frequent and more interesting. Amongst these new creatures, there are a host of unique and terrifying creatures such as Octopus-like aliens and a giant yellow eye that appears in the game trailer.

In accordance with a greater focus on the deep-sea environments, there was a need to introduce suitable and safe underwater vehicles. The Starships in No Man’s Sky cannot be used in the vast underwater ecosystems in The Abyss so Hello Games have added a new vehicle to this update. The new Exocraft submarine, called Nautilon, is a fully submersible vehicle that brings new meaning to underwater navigation, combat and mining. It is a fully upgradable and customizable vehicle, allowing players to design their Nautilon so that it stands out from others. Furthermore, it can be summoned to any ocean on the planet and docked to underwater buildings.

On top of the introduction of this new vehicle comes more options for base construction and the opportunity to explore new sunken wrecks. A range of glass corridors and domes can be constructed to allow uninterrupted views of the ocean depths. Additionally, over a dozen new parts have been made available for exclusive use in the oceans. A new jetpack boost provides the necessary speed to explore the game’s sunken ruins and navigate the rest of these new constructions. It completely reworks underwater movement, allowing players to cover more ground and swiftly move out of trouble when facing some of the terrifying new creatures.

“The Dreams of the Deep”

Bringing a new context to the depths of the ocean in No Man’s Sky The Abyss is the new storyline, “The Dreams of the Deep”. Perhaps in coordination with its release so close to Halloween, this dark narrative comes with a number of horrifying sea monsters and brings eerier elements to the game. Several hours of new story means that players have the chance to explore all the new additions in further detail and discover ancient alien treasures hidden within the deep ocean ruins.

We are really excited to face all the new challenges and creatures that this update will bring to the survival of the Traveller and can’t wait to explore the vast oceans. If you don’t already have a copy of this game, you can purchase it here (at a sweet price).