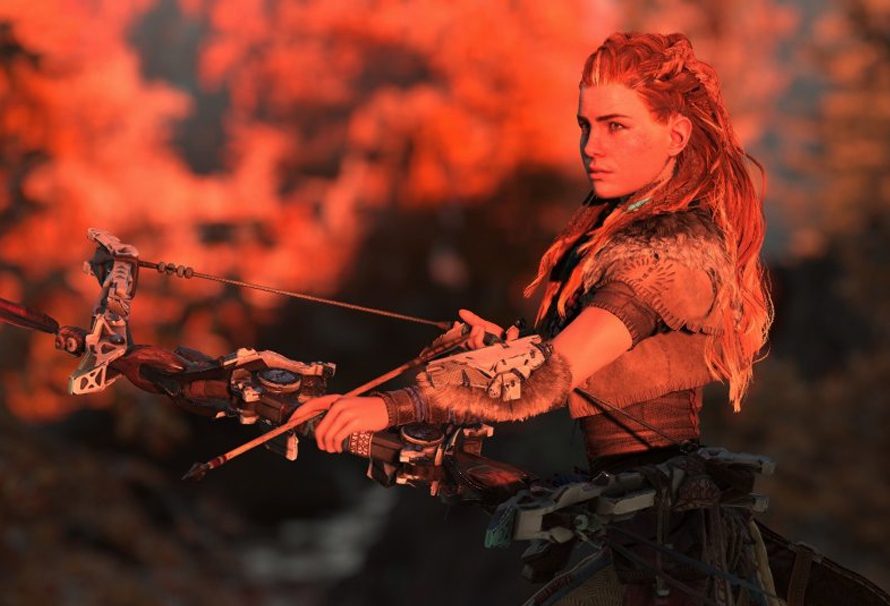 Horizon: Zero Dawn is one of the best open world games of this console generation so far, as it proved by going head-to-head with Zelda: Breath of the Wind back in April. It came out fighting toe-to-toe (knuckle-to-knuckle, you get the idea). After playing it and loving it, we are in no doubt a sequel is in the works. Here’s what we’d like to see.

An even cooler name

Horizon: Zero Dawn. Its a trio of great words that look fantastic on a billboard in a cool font. Its enough to completely confuse any old folks. It also means nothing until way into the game. The opportunities for an ever better sequel title are numerous: What about Horizon: Zero Dusk? Horizon: Last Dawn? Robo-dinosaur Future Bow Laser Mega World? We don’t want Guerrilla to bend to norms and just put a 2 at the end. Or bend to the other norm and just call it Horizon.

The most unique feeling about Horizon is the way Aloy interacts with the barren, desolate, but most often beautiful environments. She runs, jumps, rolls, slides, sneaks through the land as someone who was trained as a hunter would. And even when she’s with a group or NPC, she’s still working alone, spearheading any operations. If her exiled outcast status for most of her life didn’t make her a loner, then her hi-tech Focus separates her from society as special, but different. Even Aloy’s role as Seeker is probably the loneliest job title in the game. So we’d actually also really enjoy…

Aloy is a great character, and she puts all the others in the game to shame in terms of personality. Although what is cool is when games have two or three really great main characters, that can interact with each other and be useful in different ways (Borderlands, Assassin’s Creed co-op, Diablo). Imagine playing Horizon but with one or two friends, and you’re a team of Seekers. Maybe someone is an expert in stealth, another is better at tracking, the third is the one who deals the most damage. You could take several different weapon types and combine the damage effects, you could bait enemies into traps. And probably the best thing, you can all split up and take care of the quest handing in waaay faster than you can solo.

The robo-dinosaurs are what really brings Horizon to life. Or, as close as their programming can get to life. They fuel the central mystery of the game: Why are they here, who made them and who is still making them? They’re also a part of every game mechanic. Fighting, farming, travelling, even the watch towers are great big robo-dinos! So we’d like to see loads more. Granted, they may have used up a lot of the cooler prehistoric beasties (T-rex, crocodile, huge birds, raptors, sabertooth tiger) but there are plenty of more they could create. Or go full Jurassic World and combine them together! Giant robot Indominus Rex for the win.

Guerrilla Games to make the game they want to make

The success and ingenuity of Horizon is a good argument for developers making the game that they clearly wanted to make, and not sticking to what sells. Horizon has several mechanics that you’ll recognise from other open world games, but does it in a way that is more fresh, and combined with its intriguing world and story, elevates it up above the rest. If Guerrilla Games want to make a sequel that’s similar to the original, then they should. They shouldn’t feel forced to add on a multiplayer, or even bigger world, or a brand new protagonist with more sex appeal and loads more abilities…but more simpler to play. Essentially, we’re vetoing Horizon: Ezio Dawn.

That’s 5 things we really want to see in the Horizon: Zero Dawn sequel. What are you most looking forward to in the next game, and how do you think it can be an improvement on the original?