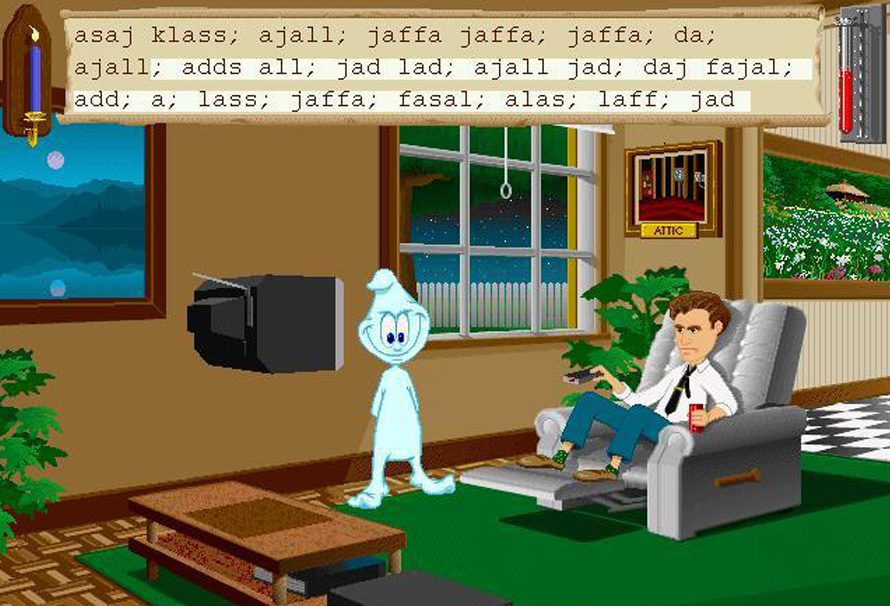 When I started kindergarten, there was a single computer in our classroom. We were only allowed on in the early mornings, and in short, practical lessons where we learned skills such as problem solving, numeracy and typing. Our classroom learned to read with Arthur’s Reading Race, and to type with Kid’s Typing, which featured a ghost named Spooky.

Video games have always been part of children’s lives, but it was in the period between the early 80s and the mid 90s when their use as educational tools became mainstream and accepted in schooling. Introducing computers to young children was regularly frowned upon, and continues to be doubted, but this idea fundamentally shaped an entire generation of young adults and their later, working lives.

As I grew older, my experiences with computers changed along with my classrooms. The development of structured computer classes, where students would play educational games such as Granny’s Garden, Where in the World is Carmen Sandiego and Bugdom built skills that were imperative for adulthood. Many of these games taught the basis of STEM skills, teaching children how to practically apply pattern-making, basic maths and engineering fundamentals to problems across key skill areas.

Gaming and education have long had a symbiotic relationship, and a variety of studies have proven its effectiveness in instilling life-long, practical skills. In 2018, computer games have undergone near complete integration within schooling, and many institutions require students to own a personal computer or laptop for various projects, including game-based learning. In countries such as Australia, around 50% of schools have experimented with or implemented game-based practical teaching in order to create a more engaging learning environment for children. This learning also extends to preschool learners, who are similarly exposed to game-based simulations and apps in order to teach STEM-related skills.

While the idea of video games becoming essential tools for the future may have seemed unfathomable 30 years ago, the reality is gaming has shaped, and is currently shaping the minds of the future. In fact, educational video games are now no longer limited to classrooms. Many influential, large-scale companies now utilise gamification as a tool for teaching job-based skills, including PWC, McDonald’s and KPMG, who have crafted their own learning programs based on video game technologies. The same young adults who grew up playing Carmen Sandiego are now being inducted into a workforce that allows them to use familiar tools to engage in and develop new skills.

The dismissal of video games as learning tools is often deeply rooted in technophobia and overblown fears of video game addiction. Recent media coverage of games such as Fortnite have refused to acknowledge the teamwork and communication that the game encourages, dismissing the notion that even fun video games can teach children highly needed skills.

Gaming has shaped the millennial future in many ways, establishing a system that allows for engaging and practical learning across a variety of contexts. Given the increasing popularity of video games both in schools and outside of them, it’s time to rethink how video games are perceived, and consider the practical and worthwhile skills they can teach.

Leah Williams is a freelance writer who can be found at IGN, The Iris and Supanova.