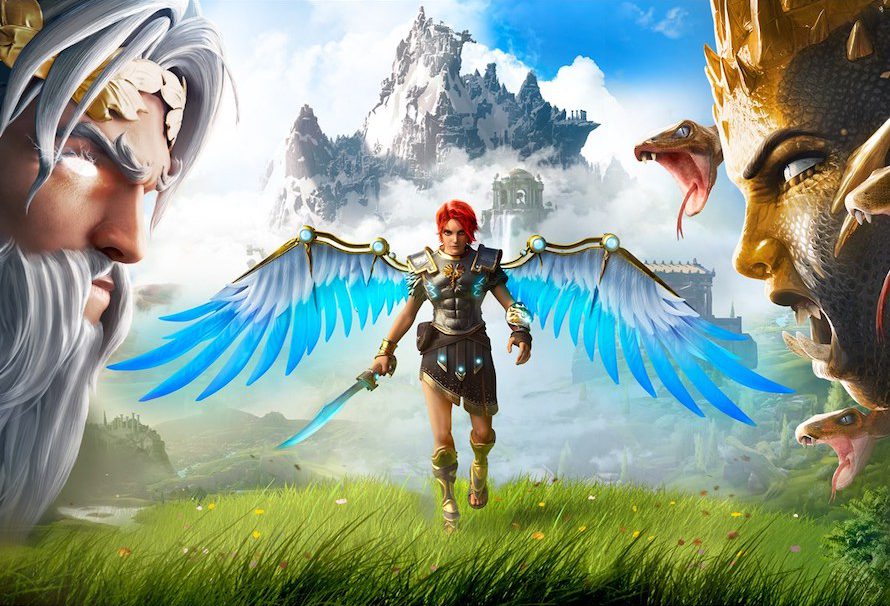 In Immortals Fenyx Rising you’ll not just reach the fabled peaks of Mount Olympus, you’ll be tangling with all manner of creatures from the depths of Greek mythology as well as the titans and gods themselves. As such, it makes perfect sense then that when you’re cutting about the place and engaging in such heroic hijinks that your character looks the part – and this is where Immortals Fenyx Rising character creation suite comes into play.

Immortals Fenyx Rising Character Creation – What Can You Do With It?

The first thing that you should understand about Immortals Fenyx Rising character creation is that it’s geared exclusively towards shaping the cosmetic appearance of the titular hero, rather than anything that might directly affect how they play.

Once you’ve made it past the first set introductory cutscenes which set the stage for the struggle between mortal hero Fenyx and big bad Typhon, you’ll be able to create your character – it’s here that you can visually meld your hero into the form you prefer.

At the beginning, the first option that you are presented with is not only how you’d like to define the body type of hero, but also the colour that you want their skin to be. Fancy having a blue-hued hero? You crack on.

With the body sorted, the character creation suite then moves onto the head and eyes portion of our hero. Here, you not only have a number of different head shaped presets to choose from, but also the ability to change the eye colour of our plucky hero too. Want a hero with shining, golden eyes? You got it.

Once you’ve settled on an acceptable head model and eye colour, you’re then whisked off to the hair style selection screen. Largely self-explanatory, you have a surprising degree of freedom here as you are provided with ample options for not only changing the hairstyle of our brave warrior, but yep you guessed it, the colour too.

Next up are the facial features. In this section of the creation suite you can do a number of cool things from giving Fenyx colourful tattoos and markings, to all manner of scars and other neat looking facial details.

Separate to the head and eyes portion of the creation suite, you’re also able to customise the eyebrows of our protagonist, allowing you to change the shape and hue of them however you see fit.

Finally, the concluding section of Immortals Fenyx Rising character creation is voice assignment where you can pick from a pair of voice types to define how your hero will sound when they decide to get chatty during the game.