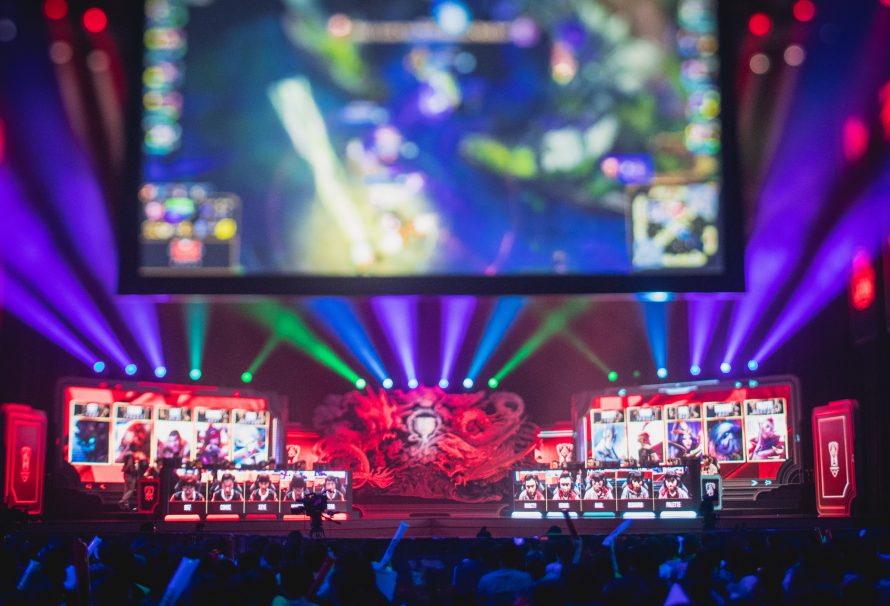 There’s never a dull week in esports with competition taking place simply everywhere. We’re shortly getting underway in the League of Legends World Championships, arguably esports biggest competition (by viewership), whilst Counter-Strike: Global Offensive and Dota 2 teams are feeling the heat following a busy period of qualifiers. Meanwhile, Rocket League’s RLCS continues and the teams are confirmed for Heroes of the Storm at Blizzcon. There’s simply too much choice for esports aficionados these days, so we’ve rounded up the best storylines from Counter-Strike and League of Legends this week.

The lead-up to the League of Legends Worlds is now over. A whole year of gruelling action across two splits and several regions will conclude in what’s sure to be a scintillating few weeks in Shanghai. The final hurdle for those hoping to qualify to the main event was the play-ins, with four groups of three teams battling it out for the final four spots and a chance to pit themselves against the finest League teams across the globe.

For those who support European and North American teams, the results read favourably, too. 1907 Fenerbahçe, Fnatic and Cloud9 all made it through relatively unharmed and looking in solid form. Arguably most eye-catching was the performance, however, of Team WE. The Chinese squad didn’t drop a game on, dismantling opposition with ease on their way to the main event. Korean support player Yoon “Zero” Kyung-sup finished the play-ins with a staggering 23.0 KDA ahead of Cloud9’s Andy “Smoothie” Ta on 18.0 and Fnatic’s Danish jungler Mads “Broxah” Brock-Pedersen on 12.6. American squad Cloud9 were involved in both the longest and shortest game of the play-ins, swatting aside Team One Esports in just 22 minutes before grinding out a win against Lyon in just over an hour. The best of five win against Lyon saw Cloud9 become the first North American to win a best of five in the history of Worlds.

The groups have now been drawn and it’s safe to say that Cloud9 have it all to do. They’ve been drawn with Edward Gaming, ahq e-Sports Club and reigning world champions SK Telecom T1 in what looks an extremely tough group on paper. Fnatic fans will hold out significantly more optimism, being drawn against North American squad Immortals, GIGABYTE Marines and Longzhu Gaming in what looks a conquerable group. The hopes of the UK lie firmly on the shoulders of Misfits Gaming, a team that took many by surprise in the Summer Split. Top laner Barney “Alphari” Morris and jungler Nubar “Maxlore” Sarafian will look to go deeper into the pinnacle of LoL esports than ever achieved by UK players before but with the likes of Flash Wolves, TSM and Team WE standing in their way it’s by no means an easy task. Action gets underway in the group stages very shortly and the hype is palpable.

Whilst there’s not been a major LAN tournament to talk of in the world of Counter-Strike: Global Offensive the cogs continue to whirr as qualification nears the closing stages for the next series of premium tournaments in what’s been an already hectic calendar. The likes of Astralis and SK Gaming who dominated the earlier part of 2017 have not quite hit the lofty form of months prior and the new squad of FaZe look an increasingly scary prospect.

IEM Oakland will take place in mid November and there’s no less than $300,000 on the line when 12 of the world’s best will battle it out in front of what’s sure to be a packed crowd. There were three slots up for grabs after nine teams were invited and over the past few days we’ve seen the full lineup come to fruition. Following the post-Major shuffle we’ve seen just which rosters have now gelled and look scary whilst others who fans were hyped about have simply fallen by the wayside.

The North American qualifier boiled down to the new OpTic Gaming squad versus Renegades in a best of three. The OpTic squad was cobbled together with some of the biggest talent let go from some of the world’s biggest rosters and they showed their prowess on the way to a two to one victory. The man that stood in the way, Canadian Keith “NAF” Markovic is formerly of the now Texas based organisation and he was constantly a thorn in his former squad’s side. The Canadian turned in a HLTV rating performance of 1.35 and Average Damage per Round (“ADR”) of 93.2 but it just wasn’t enough. Despite Renegades snagging the first map, Cache, by 16 rounds to 14, they were powerless to prevent the new OpTic squad from taking both Overpass and Train 16-10 and 16-11 respectively. Both of the latter maps are typically dominated by AWPers and it definitely showed, with Aleksi “allu” Jalli turning in a 1.49 performance and notching 95.3 ADR across the whole series.

In the European qualifiers, French squad EnVyUs yet again showed their prowess online. It was fairly plain sailing for the Frenchmen, although the new Natus Vincere squad were upset by LDLC going to show just how much work the squad need to do to be mentioned in the same breath as the tier one squads. Major winner Danylo “Zeus” Teslenko swapped his Krakow winning Gambit team for his former squad as they looked for an esteemed in-game leader to paper over the cracks. Alas, the squad have still struggled to hit form and losing to LDLC will do nothing to convince the wider world of a resurgence anytime soon. The French squad faced mousesports in the final of the qualifier and made short work of their opposition, losing just seven rounds on Inferno before edging out mouz 16-14 on Train to secure a spot in Oakland.