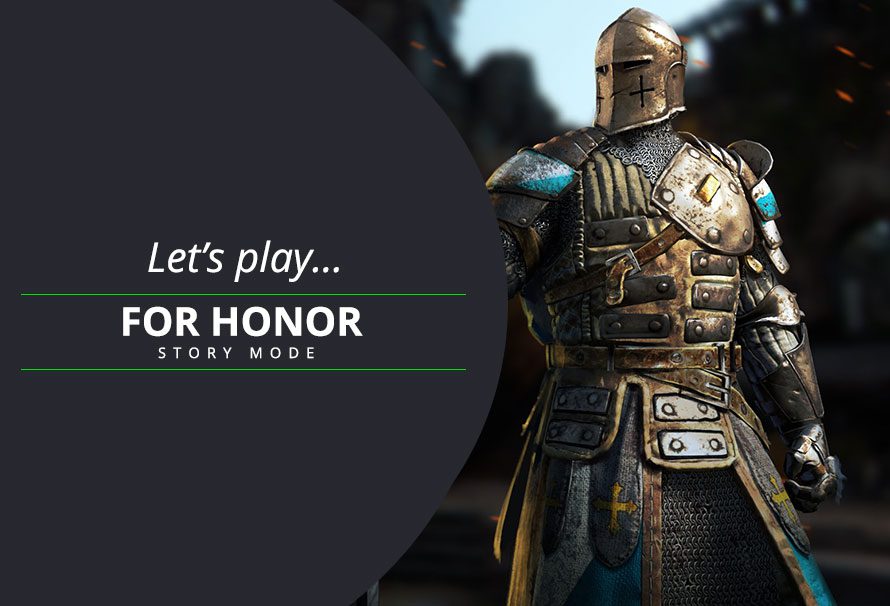 Last Week Alex live streamed the Story mode for For Honor, you can check out a video of his stream below.

We asked Alex some question afterwards.

How does Story Mode compare to the Multiplayer mode?

Multiplayer is all about fighting small numbers of human opponents, such as 1 v 1 or 2 v 2. Even the largest game modes have a maximum of 4 v 4. In Story Mode each level puts you up against hundreds of weak fodder enemies, dozens of tougher heroic characters and a couple of challenging boss fights as well. For the first 3 levels you play as one character, the Warden, who starts off fighting Apollyon’s Blackstone Legion but is then recruited by them after defeating one of their champions. The story is told through well-directed movie sequences before and during each level.

From the fourth level onwards the game changes things up by having you play as other characters with different abilities and fighting styles. It’s also worth mentioning that Story Mode supports online co-op, so you can play through it with a friend.

Most of For Honor’s marketing has suggested that the game is multiplayer-focused. Is the Story Mode simply fighting AI bots in the same maps as multiplayer?

I feared that they might simply re-use the multiplayer maps, but in fact Story Mode has its own specially designed levels that give a linear single-player adventure. For example, in the third Knight level you are part of a 2-person team fighting Vikings as you travel along a forested mountain road. Eventually you need to get into (and clear out) a Viking stronghold, which includes an amusing opportunity to shove enemies into a moat of molten lava. In the fourth level you are part of a huge battle in a snowy region, where your mission is to disable enemy catapults that are devastating the rest of your army. Again they make fun use of the environment by having you traverse areas of frozen river or lake, where if you stay fighting enemies in one area for too long the ice will begin to crack and break up.

Would you recommend people play through Story Mode first?

You can leap straight into the multiplayer, especially as the first time you play you’ll get a tutorial that teaches you the basics. However Story Mode does a great job of teaching you how to really play the game, and gives you experience with all the various classes and abilities. While you don’t necessarily have to complete the entire campaign before moving on to multiplayer, I would recommend that newcomers play the first few chapters at least.