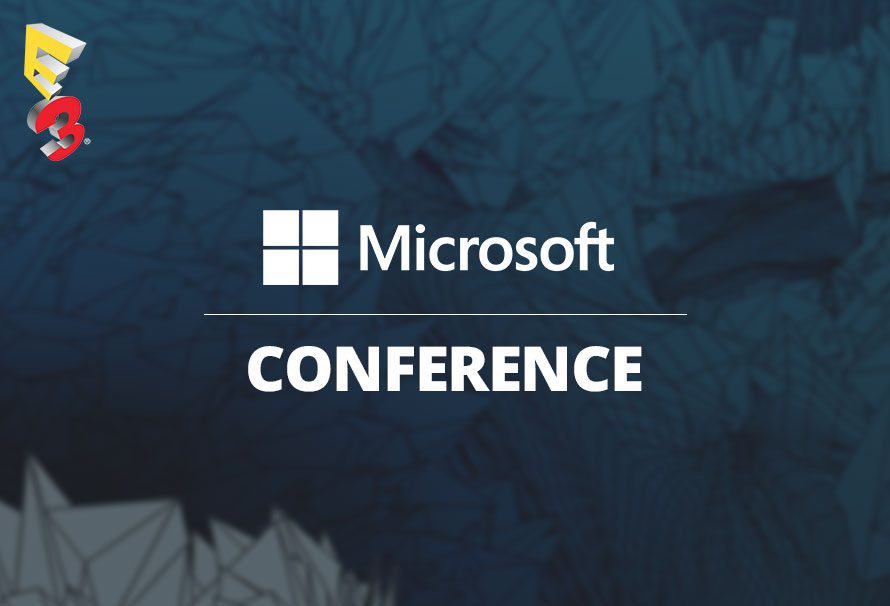 Microsoft’s conference took place in the early hours of this morning (for us in the UK), and whilst we were sleeping Alex McHugh was busy live blogging away and reporting on all the news as soon as it was announced.  With so much news out there, we thought we’d give you a summary of what happened at Microsoft’s conference.

It all started with the debut of Xbox One X, formerly known as Xbox Scorpio, Microsoft’s brand new and very powerful console launching on 7th November with a $499/£449/€499 price tag.  Highlights include 4K visuals with 8m pixels, all Xbox One accessories and games will work with the console, it’s got a liquid-cooled vapour chamber to power the device and it’s the smallest Xbox console ever.

It was also revealed that certain existing Xbox One games will see developers create optimised updates for Xbox One X including Forza Horizon 3, Minecraft, Halo Wars 2, Final Fantasy 15 and Rocket League, with some running in full 4K.

Forza Motorsport 7 is expected to be available on 3rd October for Xbox One and Windows PC. The new instalment will feature native 4K at 60 fps on Microsoft’s new Xbox One X.  Expect to see more than 700 cars, 30 racing environments with more than 200 ribbons, driver customisation and dynamic weather.  A new ‘flagship supercar’ made by Porsche was also revealed – the 2018 Porsche 9-11 GT2 RS.

The third game in the post-apocalyptic shooter series Metro Exodus was unveiled at the Conference to the surprise of many. The demo showed off the landscape of a derelict town and a character exploring it with a crossbow in hand.  According to Eurogamer, “It’s got skulking around labyrinths and fighting giant mutant moles and bears, as one expects from a Metro title, but it also has a giant explorable surface and working trains you can hitch a ride on. That’s new!”

Ubisoft’s latest free-running franchise is set in ancient Egypt and has a new hero called Bayek.  It’s confirmed for release on 27th October for Xbox One, Playstation 4 and PC.  It’ll be out on the Xbox One X on 7th November.  We should get more insights during Ubisoft’s E3 press conference.

One of the hottest PC titles right now, PlayerUnknown’s Battleground, will be launching exclusively on Xbox One later this year.

The sequel multiplayer zombie survival game, State of Decay 2, is coming to PC and Xbox One in Spring 2018.

Minecraft gets upgrade and 4K graphics

A new update will unify Minecraft across mobile, VR, Xbox and Windows 10.  It’s also getting a full 4K update to coincide with the launch of Xbox One X.

Sea of Thieves is looking pretty

Exclusively on Xbox One and Windows 10, the game is expected to be released early next year.  The gameplay video showcased during the conference included a treasure hunt, tropical island exploration and musket fire all in a very pretty setting.

First look at Life is Strange: Before the Storm

The Life is Strange prequel, Before the Storm, will be a three-part episodic series starting 31st August.  Microsoft’s conference gave everyone a first look at the life Chloe Price led before the events of Life is Strange.

After years of waiting, the game is finally coming out on 7th November with jetpacks, explosive firepower and open-world mayhem all in tow.  Crackdown 3’s trailer features a guest appearance from Terry Crews.

Boss battle-focused platformer, Cuphead, finally has a release date of 29th September on Xbox One and PC.

The game’s new trailer showed gameplay of a couple of boss battles, pre-siege strategy and a more ‘dynamic’ Nemesis System.

Ori and the Blind Forest gets new sequel

The new sequel,  Ori and the Will of the Wisps, will feature beautiful visuals and haunted wooded areas. The owl and glowing guardian spirit make a comeback in the sequel.

Following EA’s announcement on Friday, the first gameplay footage of Anthem closed out the show. The demo showed off high-tech armour known as the Javeline exosuits allowing the character to freely explore the land, sea, and air in Anthem and locked rockets.  Anthem is coming in 2018.

Other news from Microsoft’s E3 2017 Conference:

If you got to this point in the post (congratulations!), you’ll see that lots of news came out of Microsoft’s conference at E3 this year.  Let us know what you think in the comments below and don’t forget to join Alex McHugh for all the live news from the upcoming E3 press conferences right here.