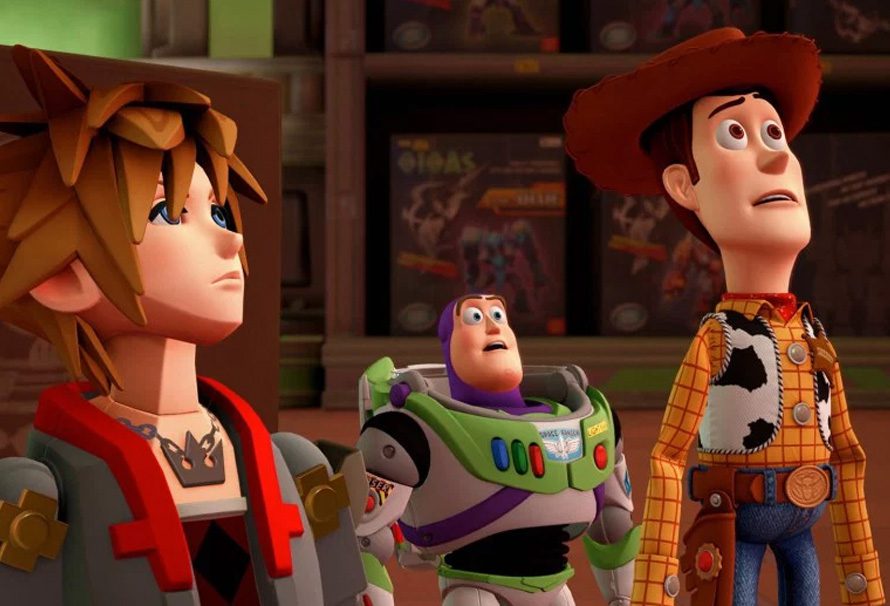 This weekend saw the annual EGX convention, a yearly celebration of everything video game, held in sunny Birmingham in the middle of England.

As part of it, we got to sit down for a few minutes with the upcoming Kingdom Hearts III, the long anticipated next part in the legendary Kingdom Hearts series from Square Enix.

The section I played was an introduction to the Toy Story segment, and mainly featured a series of battles in Woody’s world.

After playing I realised that I have a few questions about Kingdom Hearts, both the series and the game itself. Now, before you all start commenting; I have never played a Kingdom Hearts game before.

Now we’ve got that out of the way it’s on to the questions. Be warned, Kingdom Hearts fans, I am clueless.

What is the Order?

Why does T-Rex think Sora is called something else?

Where have all the humans and other toys gone?

Why are we in Toy Story?

Why are we in Disney stuff anyway?

How did we turn into toys?

Why can I turn into a giant castle that destroys enemies?

What are those enemies?

What exactly *is* a keyblade?

Why do I have a load of them?

Why can I summon teacups that I can ride around in?

How come some toys can talk and some can’t?

How did we get to the Toy Story land?

Why does Buzz Lightyear’s laser work as a real laser now?

Why is the silver haired bad person shouting about hearts?

What do hearts have to do with anything?

Is the kingdom a real kingdom?

If you’re in the worlds that Disney has created, does that mean the films carry on when I’m not watching them?

I think that’s all the ones I have, please send your answers on a self addressed postcard so I can try and figure out just what the hell is going on in Kingdom Hearts III.