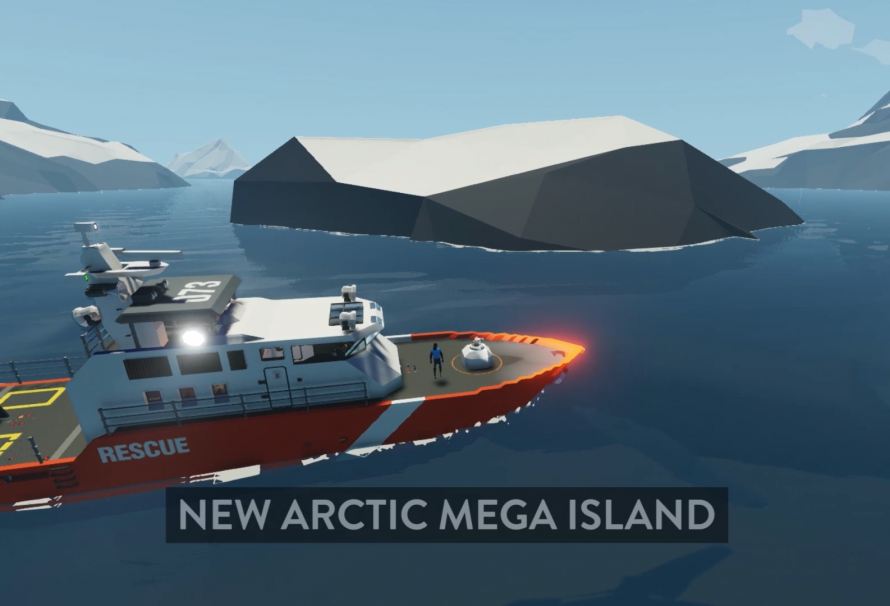 Stormworks: Build and Rescue has come a long way over the past year, and to celebrate its one year anniversary since launching on Steam Early Access, the developers have announced their next major update today.

The sea-rescue service sim game releases its fifth major update – The Arctic – today. As the name suggests, it does indeed feature lots of snow as well as brand new features.

If you plot a course due north you will soon find yourself in the newly introduced arctic biome. Not only does this bring snow and multiple ice shelf variants with all the danger that comes with it, the developers have also introduced an arctic mega island. And with this island comes: research posts, oil platforms, underwater mining facilities, a new train line and much more.

Three new components have been added to the new biome, including the arctic outfit, heater component and ski component. These new additions are more than just cosmetic as you can now die from the cold, unforgiving winds in the arctic biome which means you will need the new components to stay alive.

Feature – 12 new missions (a variety of search/rescue and logistics, taking place around the Arctic. Unlocked in career mode by purchasing any Arctic base)

Feature – Rain transitions to snow as you go beyond ~60km north

Feature – Snow on islands is visible on the map

Feature – Movable icebergs will spawn in the ocean around the Arctic

Feature – Ice can now be placed as a mission object

Feature – Whales can occasionally be found in the Arctic ocean

Stormworks: Build and Rescue is available at Green Man Gaming.