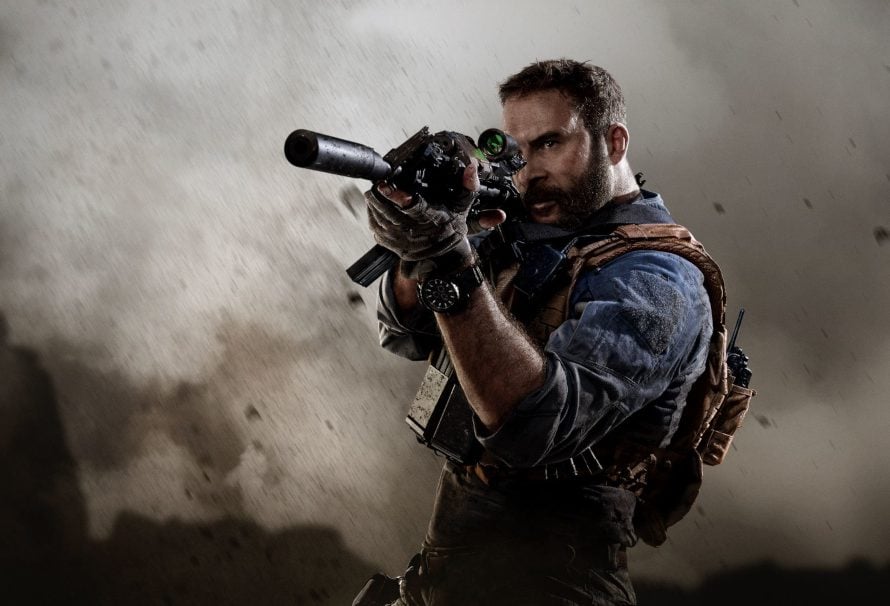 A name synonymous with the franchise itself, Captain John Price is a man that needs no introduction if you’ve played a Modern Warfare game. A dangerously calculated military man with an endearing sense of humor, he brings welcome comic relief and some genuinely powerful moments to the series, bouncing off of his supporting soldiers and lending an ear where necessary. In this article we’re going to run through some of his finest moments, leading up to the reinvention of his character in Call of Duty: Modern Warfare, which lands later this week.

“50,000 people used to live here… now it’s a ghost town.” You’ve no doubt heard this line dozens of times before if you’ve played Call of Duty 4: Modern Warfare and struggled against the iconic mission ‘All Ghillied Up’. Whilst this wasn’t the introduction of Price himself, it serves as a window into his past. Under orders from his own Glaswegian Captain, MacMillan, Lieutenant Price botches an assassination of Zakhaev, tearing his left arm from his body after sneaking through the dog-covered fields of Pripyat.

Price then led Bravo Team and Soap MacTavish to the ending mission ‘Game Over’, where he most famously tossed a pistol to his protege so that they (us) could finish off the Fourth Horseman and the Ultranationalists. This seemed like the perfect ending, until we learn that the scheme still held power in Russia, leading to Modern Warfare 2. In this game, Price led Task Force 141 under General Shepherd to take down Vladimir Makarov, the evil leader responsible for ‘No Russian’ who was continuing in the footsteps of Zakhaev.

A raid gone wrong leaves Price in a Russian Gulag, where the player must rescue him in a shattered state. The team then scramble to defeat Makarov, and Price is later betrayed by General Shepherd and his Shadow Company. In a battle to the death Captain Price nearly loses his life to Shepherd before Soap pulls a knife from his body and sends it hurtling into Shepherd’s head, saving the dynamic duo.

With Makarov still at large, Price returns to the fold leading a disavowed Task Force 141 into battle to finish off the Russian extremist once and for all. This is an even more important mission given that their legacy and names have been muddied by their dealings with General Shepherd. Price grieves the loss of his protege Soap in Modern Warfare 3 and comes to terms with a new partner in Yuri, who tried to betray Makarov during the events of ‘No Russian’.

His failure in Pripyat looming heavy on his conscience, he leads Yuri on a revenge mission to kill Makarov, finally succeeding and clearing his name at the Hotel Oasis, where they ruin Makarov’s security force and kill the man himself, losing Yuri in the process. In losing another close friend Price is crushed, but his mission is then complete, and the years of grief and dread created by that sniper shot in Pripyat were declared over.

Whilst you may have thought that Price might have hung up his boots by now, he has re-entered the fold for Call of Duty: Modern Warfare. Voiced by Barry Sloane and not Billy Murray, the new, younger-looking character is part of the Modern Warfare reboot, still sporting his iconic moustache. To see what kind of hijinks he’s set to get up to in the new game, check out the story trailer and get ready to dive in when the game launches on October 25th for Xbox One, PlayStation 4 and PC.