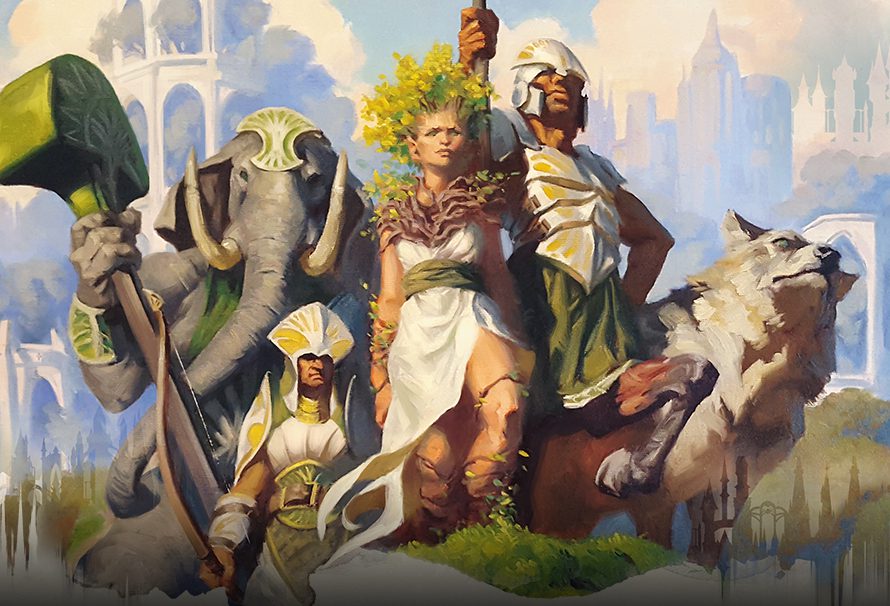 So our last article helped you pick your game, but now you’re not sure what to play as? Let’s face it, everyone is different, and more importantly, everyone wants to be something different, no more is this true than with Tabletop RPG’s. If your new to it all then you may find yourself tongue-tied at the first hurdle of selecting your race, so we put together a handy guide on the top 5 generic races in tabletop games and how you can look to use them.

Having been a roleplayer for little more than a decade, including two years as general manager at a hobby gaming store, I’ve spent many slow days trawling through various rulesets for tabletop games. This allowed me the pleasure of reading every edition of Dungeons and Dragons and heaps of other pen and paper roleplaying systems.

Authors note: This list is a pure opinion and is only briefly touching on the topic of playable races in fantasy roleplay. With that in mind, here are my Top 5 Pen and Paper RPG Races.

Early in roleplaying history, the human race came in rather underpowered and generic, In later editions of Dungeons and Dragons (post 3rd edition) Humans have definitely started to make a comeback among roleplayers. Starting in the era of D&D 3.5, humans were granted additional skill points, class skill proficiencies and more importantly, an extra starting feat. I noticed in my various roleplaying groups that Humans had become a new favorite for players looking at playing fighters, monks and healing classes.

Other than the usual depiction of racial tensions that are regularly placed upon the half-blooded, I would have to say that the half-elf is definitely my second choice. The half-elf race shares lineage with both humans and elves, giving them a distinct racial profile that inherits the best of both races. If the extra feat doesn’t really matter to you then I suggest this race, half-elves usually inherit skill upgrades from their human lineage, while still gaining the low light vision, dexterity benefits, and immunities of their elven ancestors.

Whenever I find a player who chooses a halfling, I can’t help but to have a stupid smile stretched across my face. Wherever a halfling appears, general mischief ALWAYS ensues. With charisma, dexterity and unrealistic natural immunities, the halfling is by far one of my favorite races to see at the game table. If you haven’t read the Dragon Lance Chronicles, I suggest you take a look into it.

Dwarves are tanks, their slow movement shouldn’t come as a surprise, have you seen how short their legs are? The dwarven ability to move unencumbered is one of their most renowned traits, aside from their iron gut and overall heartiness in combat. Dwarves are usually seen as brutish, ill-mannered alcoholics, which in truth, couldn’t be farther from the truth. Just remember though all adventuring parties should begin their journey with at least one team pack-mule, er… I mean Dwarf!

With Brutish strength, boasted constitution, and relentless rage, half-orcs definitely make it in the top 5. In general, whenever I am feeling a bit lack-luster about my race options I will default to a half-orc, they pair well with some of the more basic or beginner classes like a fighter or barbarian. On a completely unrelated note and as a matter of principle, I have always considered half-orcs to be racially ambiguous, and I’d rather not put much thought into whom orcs may or may not have willfully or forcibly wooed.

If you’re still struggling with your roleplaying dreams, stay tuned for future articles, we’ll be covering tips and tricks to becoming a better Game Master, as well as additional roleplay specific content. As always, be sure to leave a comment below, or join the conversation over on the Green Man Gaming Community Site