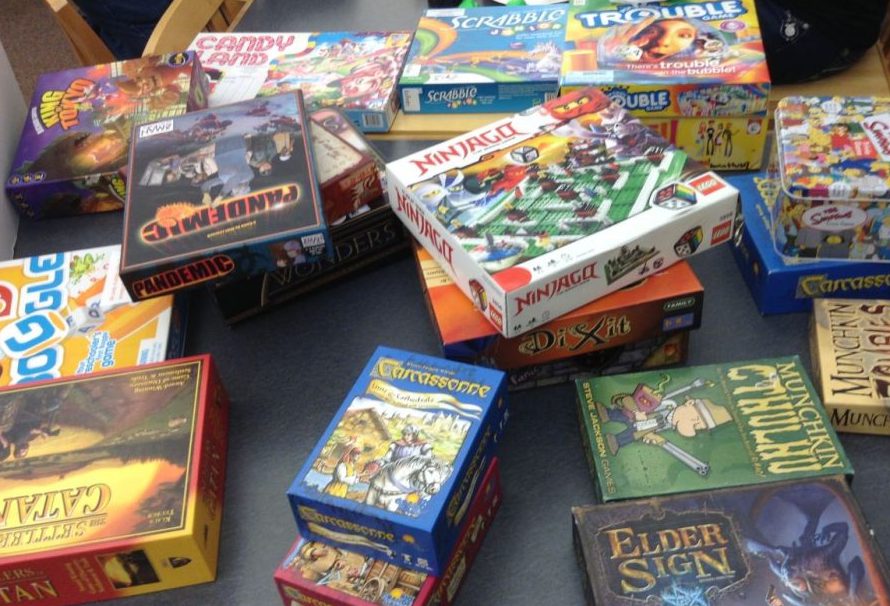 A Tabletop game is usually defined as any game that can be played on a flat table surface, adventure games, board games, card games, dice games, pen and paper games, strategy games and many other varieties. We will be focusing on the War and Miniature games subgenre for this article.

WizKids HeroClix is a squad battle miniature game featuring some of the most Iconic Superheroes, Cinematic Characters, and TV Personas to draft from.

When it comes to accessibility and affordability, HeroClix miniatures comes highly recommended and easily ranks in at number one. HeroClix has simplistic game rules that are relatively easy to understand, making it an ideal game for all ages. Those wanting to get right into the action only need to purchase a single HeroClix unit box which contains everything a new player would need to get started.

Starwars: X-wing is a Starship miniature game played on a restricted playing field of 3 ft x 3 ft or 1m x 1m.  Two players are pitted against one another in an intensely strategic game of dogfights and flight maneuvers. Game units are comprised of three factions which representing the various competing groups in StarWars, The Rebel Alliance, Galactic Empire, and the ever-popular Scum and Villainy faction. Players are required to choose one faction and only use their specific factions units, although many ship archetypes are available throughout different factions.

Games Workshop has been loyally developing miniatures games since 1993, one of the Games that Games Worshop’s is best reknown for is Warhammer. Warhammer is a large scale army war game with two distinctly different game settings, Fantasy and a dystopian space opera, more commonly referred to as 40 K. Regardless of which setting you decide to choose, both styles of the game require players to collect dozens or in some cases hundreds of plastic or pewter figurines which must be hand assembled and painted before they are allowed to official tournament gameplay.

It’s highly recommended that anyone interested in investing the time, dedication and resources that is required to assemble and hand paint an army should first visit their local game hobby shop to learn how to play from a local or demo group designed for new players. Warhammer requires multitudes of unit boxes and other like minded players to get the most out of the experience.

Flames of War is a World War 2, Axis and Allied miniature wargame. Each army is a specific country from one of the Allied or Axis factions, units are comprised of Tanks, infantry and specialty ground, air and sea units. Battlefront miniatures, the New Zealand company that designed FoW, has spent ample time designing each army from historical texts and resource materials to provide players with a very realistic and immersive aesthetic.

Unlike Warhammer, units must only be glued to their base stands and painted to become battle ready. Games sizes can range from small skirmishes between armies to a span of multiple tables aligned side by side for multi-day war events. If you are a WW2 enthusiast then this is the game for you!

Malifaux is a small scale wargame, units are comprised of a hero unit, a champion and a small number of minions. Hero units move strategically around the board to provide valuable support to their minions as they battle to the death over one of the randomly generated field modes.

Unlike most wargames, Malifaux uses a deck of cards rather than a set of dice to determine the fate of the game. I personally have found Malifaux to be one of the more enjoyable tabletop wargames, the player base isn’t as large as most other wargames and finding a reliable pre-established group to play with can be difficult, however, Wyrd Games, the creators of Malifaux, have great incentives for players looking to kickstart local clubs in their hobby stores!

Free unit boxes for the host, special event only units for every attending member during an event, company merchandise and even special event passes to conventions!

Did we miss a game you think we shouldn’t have? Or maybe you just want to know more? Join the Green Man Gaming Forums and come find your next favorite game.