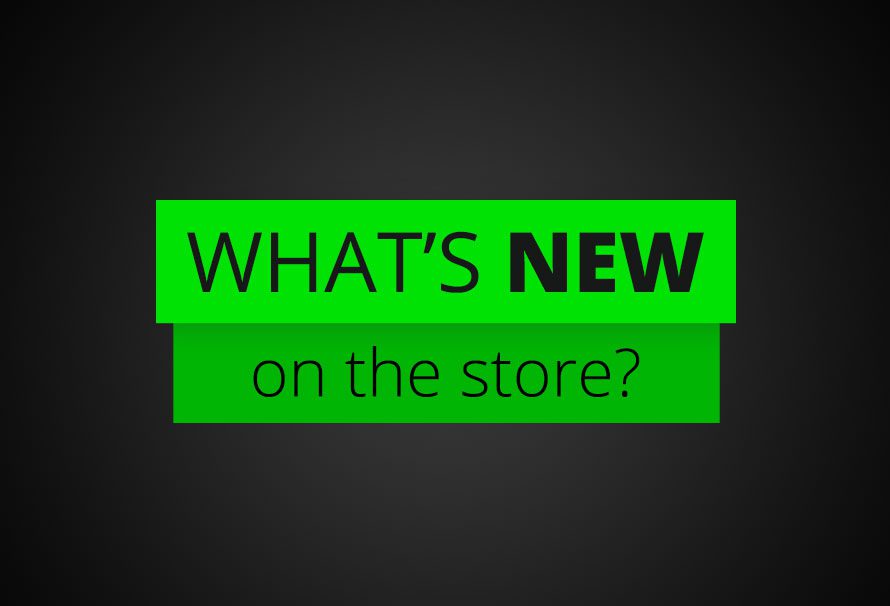 But what if you miss the perfect game for YOU? What if you’re browsing our shop or thinking of picking up a game, all the time not knowing that the game you’ve been looking for, have been hoping we get, is on our store RIGHT NOW!

So come here every day as we’ll be listing all the new additions to our store, so you can check them out and see what’s new!

Ready to master all of the wonkiest ships in the galaxy? With this pack you’ll instantly get the keys to every ship in the game! Slow and steady – check! Wild and flippy – check! Rocket-powered space camper – check! They’re all yours for one low price, saving you valuable time and millions of coins.

In the childhood of us 20-odd-year-olds, there was always a boy at the center of attention whose shenanigans were what made him like us. What a day it would turn out to be when we’d suddenly break a glass or pull our little sisters’ hair! Voices from around the house would then carry the melody that we were busted!
Whoooooooops!
“He had a boy, Abbas Gholi Khan
So rude and crude
Ali Mardan Khan, was his name
About whom the maid was in despair”
Ali Mardan Khan had turned into our nightmare and our only hope was to take our revenge on this little boy. Do you know why? Because no matter how naughty, mischievous, stubborn, and spoiled he was, we had dignity of our own; we didn’t like to be compared with this little boy. That’s why when we turned into a bunch of 23-year-olds that we are now, we decided to create the game of this little naughty boy; a game in which naughtiness goes hand in hand with goodness and kindness, damage coexists with making amends, and a world of virtue is gifted in exchange for the occasional bad in the world.

EXT JUMP is a love letter to shmup’s Shoot ’em up or space shooters, read in a slightly different manner: In turn-based battles!

Your mission, our mission, is very simple:
The dragons are fleeing with all our Elixir supply. Stop them!
We have an advantage: We are FASTER. Our engines are capable of doing “Juxtaposition Ultra Movement Positioning”, or JUMPs, as we call it.
It will not be easy, as the Dragon drones can invade our Jumps, attacking us inside while traveling faster than light. These drones are predictable and always act by following pre-set patterns, but too many drones within the JUMP can be certain death!

Take out dozens of enemies, traps and other dangers with your knife, hand gun, machine gun, grenade launcher, satchel charges or sniper rifle!

6 varying levels taking place in the desert, jungle or city!

Abandoned and marked for demolition, but its infamous legacy refuses to be buried.

At 96 Mill Street, Woonsocket, Rhode Island, sits the Edmont Worsted Industrial Complex, a derelict, condemned building with a checkered past of unexplained events since its construction in 1820. You are an employee of Hamilton Demolition Company, tasked with assisting demolitions expert Frank Galvani in rigging the building for implosion.