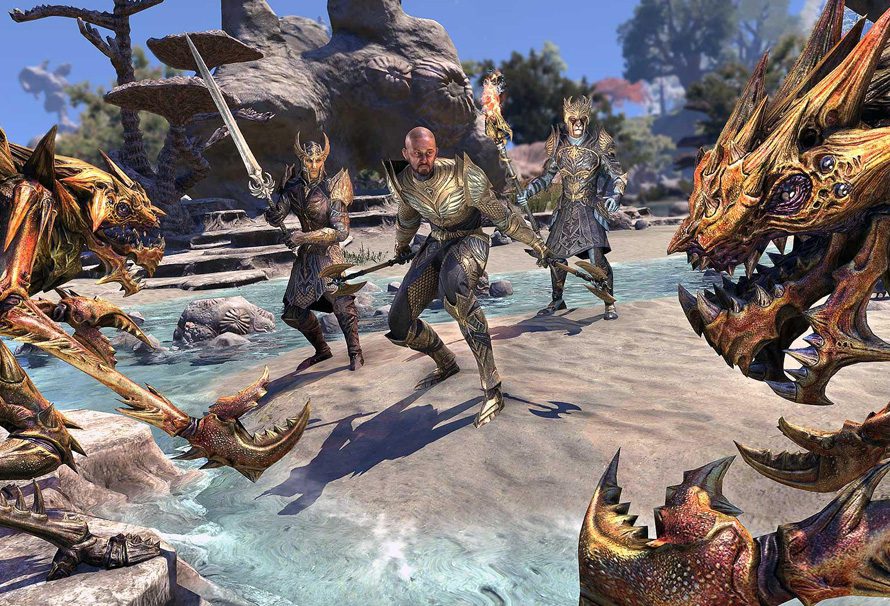 I’ve been spending my evenings in Tamriel lately, just listening to the breeze and the music on the air. Life in the Elder Scrolls Online moves at a brisk pace, but there’s a peace to be found if you stop and smell the roses. Until, of course, you’re beset by some wild beast and find yourself hightailing it back to the nearest safe port.

The Elder Scrolls Online is a game that has often been maligned for its a variety of reasons – its peripheral microtransactions, ‘dodgy’ combat system and the false expectations placed upon it at launch. These misconceptions led to a rocky launch, and a game that built up little goodwill with its fan base. But in the years since, The Elder Scrolls Online has bloomed into a fascinating and beautiful game that absolutely deserves your attention.

More than that, each expansion felt wholly unique, taking players through the marshy, mystical swamps of Morrowind all the way through to the fairyland fantasy of Summerset. Each realm brings new and exciting challenges, and they’ve made ESO a far more rounded and appealing game.

While previously, ESO was subscription-based, players can now enjoy the game online for free on PC, or with an Xbox Live/PlayStation Plus subscription via console. In addition to this, ESO often hosts free weekends for new and returning players, allowing them to glimpse the ever-expanding world of the game.

The abundance of quests and items to collect can often become overwhelming, but therein lies the joy of the game. There is genuinely so much to discover and explore, and without time constraints, or a pressing need to gain experience, distractions come fast and often.

Oh, you were on a quest to destroy some ancient and deadly Abyssal Pearls? Nope, now you’re taking a jewellery-making course. Attempting to hunt down a deadly werewolf gang? How about picking some herbs at the local meadow, instead?

The Elder Scrolls Online is determined largely by your choices, and contains as little or as much monster slaying as you wish. Sure, sometimes the combat can be a bit clunky and you might find yourself dying a lot at lower levels, but that’s part of the fun. It’s not about how many times you die, it’s all about the friends you make along the way (and watching them die silly, avoidable deaths by your side).

As an online game, ESO encourages friendly voyages across the realms, taking down monsters as a swashbuckling group of musketeers, but the journey is no less lonely going solo. While there won’t always be people by your side, the world of ESO is thriving with activity, and at every major city hub you’ll find fellow travellers trading their wares, swapping stories and forging their future. The Elder Scrolls Online is a lively, beautiful world, and one that absolutely deserves a second chance.

Whether you’ve never tried the game, or pushed it to the back of your gaming cupboard, I would encourage everyone to visit the world of Tamriel and experience all the wild and wonderful realms it has to discover.

Leah Williams is a freelance writer who can be found at IGN, The Iris and Supanova.