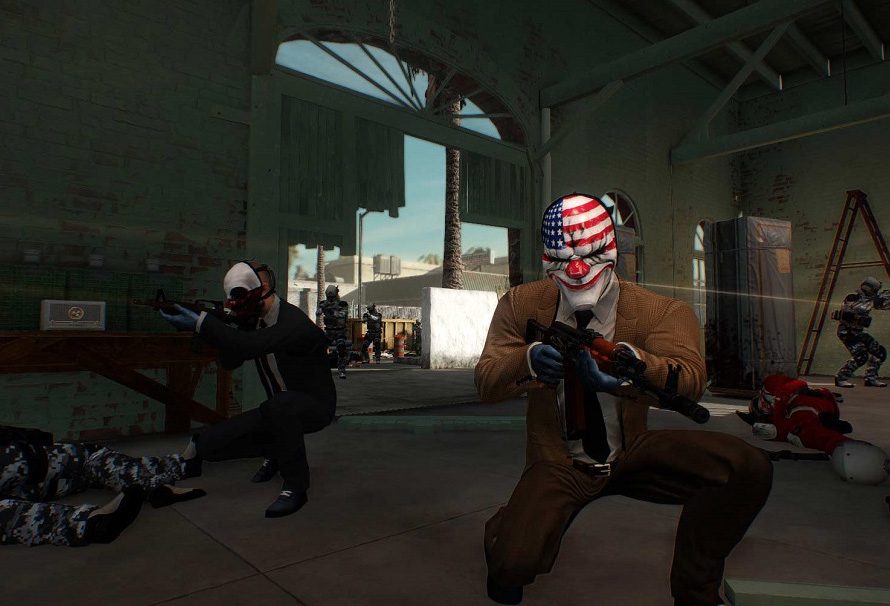 Some years later after its release back in the mists of 2013, Payday 2 has continued to cultivate a rather large following. In no small part due to the fact that the Overkill developed title enables that long-held fantasy which Hollywood has cultivated for us – it turns out that it’s cool to rob banks and other such institutions wearing three-piece suits and masks, and more importantly, it’s even cooler to both plan and execute these heists in turn.

For the uninitiated, Payday 2 is a role-based FPS that deftly combines reflexive action with carefully considered tactics to create something quite unique among its peers. More than just running and gunning about the place (though you’ll invariably end up doing that if and when all fails), Payday 2 is all about scoping your targets, locations and trying to get everything done with as little fuss as humanly possible.

For a start, you’ll need to learn where the cameras are, how to keep hostages under control and basically pretend you’re Robert De Niro in Heat as you attempt to abscond with the shiny goodies and move onto the next heist. Ostensibly, success in Payday 2 is predicated around planning, preparation and folks knowing their roles and what they have to do in order to get the job done.

With a number of skill trees permitting different styles of play, Payday 2 allows players to carve out a functional niche for themselves in every heist. One player might have points in the controller skill tree for example, allowing them to skillfully negotiate and even turn hostages, whereas another might be focussed on the medic role in order to provide efficient healing on demand.

As these heists are precision operations for the most part that demand unyielding attention and varied skills from all those involved, literally anybody can get stuck into Payday 2 right away. Indeed, if you traditionally find yourself on the lower end of the competency spectrum when it comes to shooters, such shortcomings aren’t harshly penalised in Payday 2 – not least because other skills like coordination, patience and stealth are far more essential attributes to have.

Boasting a veritable mountain of heists to take on, a robust progression system that allows players to specialise in new and improved skills whilst encompassing some of the most enjoyable co-operative multiplayer shenanigans seen in a good while, Payday 2 can quite easily murder your social calendar in short order.

And you should let it too – not least because there isn’t another game quite like it that places the same laser-focused emphasis on teamwork and coordination in such a satisfying manner.

More than anything, Payday 2 has endured because that feeling of immense satisfaction when you and three other mates absolutely *nail* a heist is too compelling to pass up. With over 30 pieces of downloadable content that meaningfully augment the core Payday 2 experience and a large player base to boot, there really is no better time to get (safe) cracking with Payday 2.