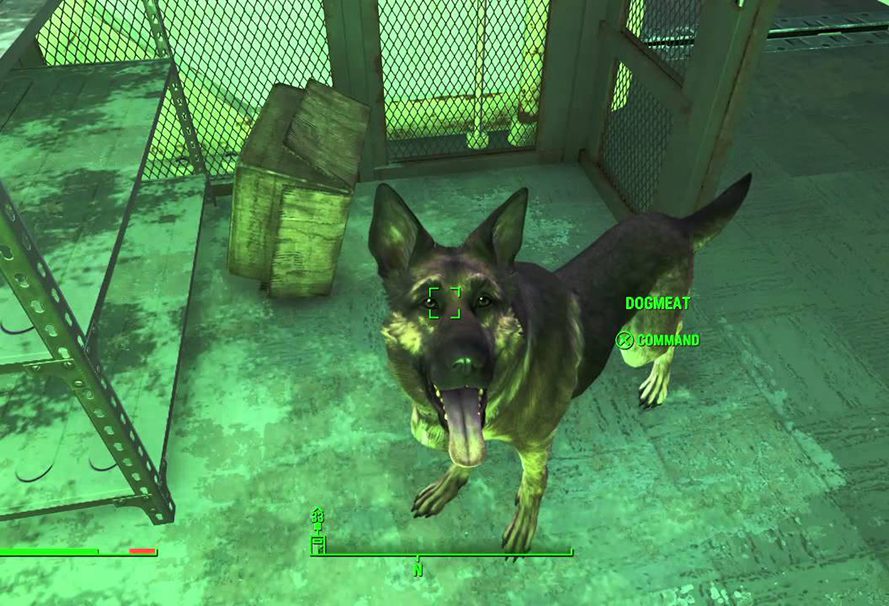 As it’s now the Year of the Dog. we thought we’d honour our favourite Fallout 4 companion with a comprehensive guide to all things Dogmeat. 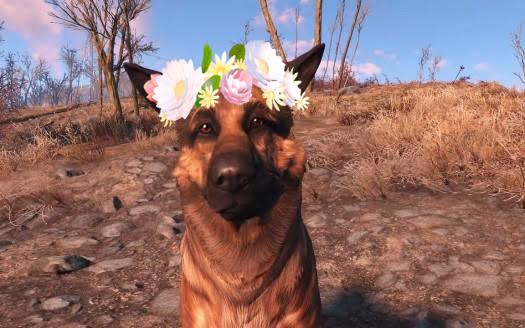 Where does he come from?

Towards the end of the Sole Survivor’s frozen sojourn in Vault 111, Dogmeat served as an assistant to Nick Valentine, helping him on a number of detective cases. Later, he was a member of Preston Garvey’s party of settlers journeying towards Concord. After the group was ambushed, Dogmeat was sent to seek help in Sanctuary hills.

How do we know his name is Dogmeat?

Just ask the clairvoyant Mama Murphy – as a member of Preston Garvey’s group, she picked up Dogmeat’s name when he travelled with them. 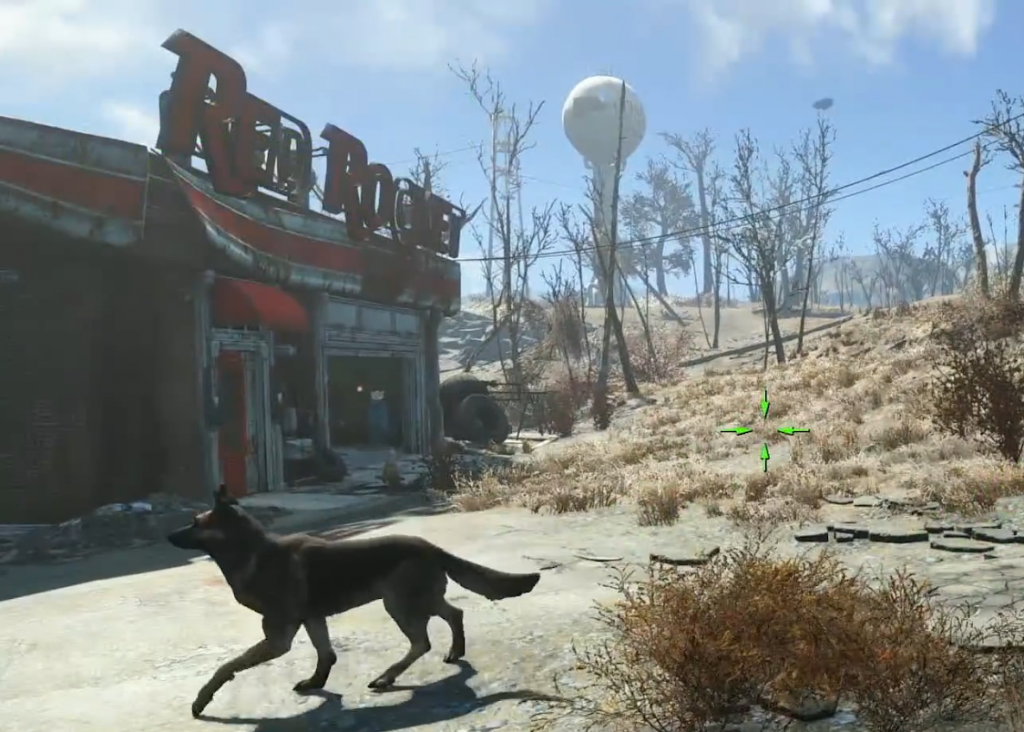 ​ Where can you find him?

At the Red Rocket truck stop, southeast of Sanctuary. If you don’t seek him out early on, Nick Valentine will summon him to assist you for the quest ‘Getting a Clue’ in Diamond City.

What can he do?

Two different perks!
– The ‘lone wanderer’ perk (Charisma 3) is not affected by keeping Dogmeat as your companion, allowing you to rack up the benefits without getting lonely.
– The ‘attack dog’ perk (Charisma 4) allows Dogmeat to become even tougher in a fight.

Two different quests! Dogmeat is instrumental in both ‘Getting a Clue’ (given by Nick Valentine at his Detective Agency in Diamond City), and ‘Reunions’ (which picks up just after ‘Getting a Clue’ ends).

With Dogmeat by your side, you can own the Cryolator from Vault 111 without reaching the ‘Master’ level of Lockpicking at Level 18. Instead, just return to Vault 111, stand near the case, and tell Dogmeat to ‘Fetch {an} item’. He will have the Cryolator, and its ammo, in his tradeable items.

How do I keep him safe?

Despite the fact he can’t die, Dogmeat can be wounded – you can protect your pupper with Dog Armour, Dog Helmet, and a Spiked Collar. Also, he can wear welding goggles – just because. Or any of the less effective, but very stylish, variety of bandanas you can find throughout the game. A complete set of dog-armour items can be found in the Rocky Narrows Park, northwest of College Square, in a narrow gorge. The three blue dog bowls near the items belong to three rogue canines – so watch out! Once you pick up the items, just trade them into Dogmeat’s arsenal, and equip them. 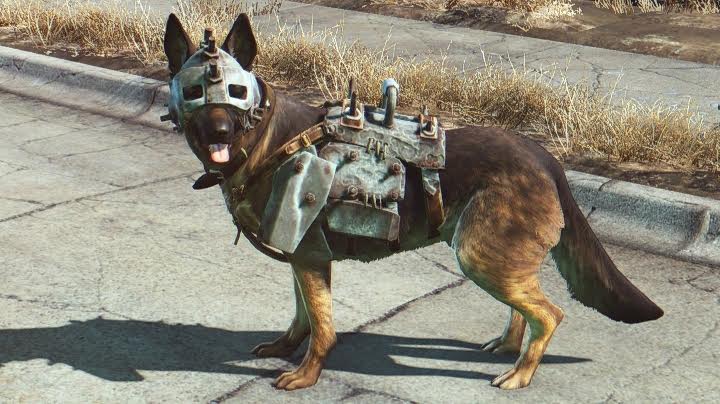