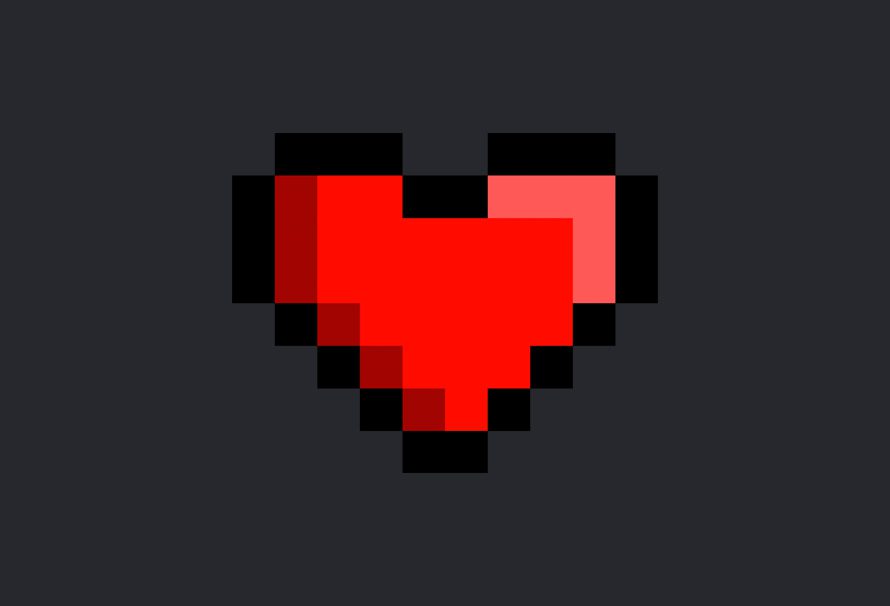 It’s Valentine’s Day, that day where we all take a moment to celebrate love in all its forms.

Earlier this week we asked you, our lovely community, to gift us your tales of times gaming and romance have been intertwined. Times when games and romance have come together and made a difference to your lives.

Read on for six stories of games and love, and feel your heart grow ten sizes.

“I have met my husband through YouTube comment section. Both of us were let’s playing Nightmare Creatures and commented on each others videos. One night I was looking for someone to co-commentate on Vampire The Masquerade Bloodlines with me and I cast my net in a random twitch stream that I was watching. He recognised me from the comments and agreed. And we hit it off from there. First as friends, then as dates and now, 8 years later we are happily married!”

“I met my girlfriend through warframe and we still play together, after half a year I asked her out and she said yes.”

“Back when I was about 15 I was really into World of Warcraft. I was a young nerd with no friends due to my disability and the fact I was home schooled at the time. I loved escaping into that world and trying to make friends with other players. I had joined a guild that I grew to be fast friends with a lot of the people in it, but it took until 2008 and the release of Wrath of the Lich King for me to meet someone that would change my life in so many ways.

I met another character who was a female at the time and my young brain didn’t quite get not playing as your own gender. It was months and months of talking to what I thought was a her for me to realize I’d developed a crush on them. They were fun, funny, kind, and just amazing to be around and my young heart didn’t care that they lived across the country.

That’s when I found out that they were a guy. It wasn’t something they’d hidden, just we always refereed to one another by character name because it was just easier. Sadly it took more than a year for me to reconcile this with myself and to admit my feelings to Him. But not quite so sadly we’re close to celebrating 8 years together, have seen each other so many times that the distance doesn’t matter, and are within six months of moving across the country to start a new life together. Playing games has given me the two best things in my life, the ability to do things my disability won’t allow, and the love of my life.”

“It was 2009. The beta for Jade Dynasty was over and the game was going live. I got off to a speedy start, which allowed me to be one of the first to create an alliance. This alliance would quickly rise to be amongst the top alliances on the European Server (Shura).

Little did I know this alliance would not only become the most memorable alliance of my time, but it would also spark a little romance. This was a guild unlike any other I’ve been in. The members were some of the friendliest and generally awesome people I’ve come across in a game. They truly made the game for me.

As it happens, one of these friendships turned into a little more, and after days and days of gaming together, talking, laughing, it was clear there was a spark. More than 5,000 miles apart, yet there was this spark.

The days turned into weeks. Weeks into Months. Constantly video calling, laughing, gaming together. It just so happened that Jade Dynasty was one of these MMOs that has marriage within the game, too. So, naturally we got married in game to display our affection for one another. But, alas, it had to come to an end at some point, but this is not a story of heartbreak, mainly because it’s for the Valentine’s blog.

That said, my time in Jade Dynasty was a great experience that could never be replicated, and I met people from around the world that I could never forget, and for that I am eternally grateful.”

“We met playing games through a mutual friend. I remembered her loving the Prince of Persia series so I ran out and grabbed the rebooted one with the guy with the red and blue outfit. She was disappointed with the game but appreciated the effort. The next time we played together. We both fell asleep and when we woke up we realized how comfortable we were around each other. Before we knew it, 8 years have passed and we’re still gaming together.”

“In June 2017, I was joining this GTA roleplay server, I didn’t know what to expect, but it was awesome ! In august, I was on vacation still playing on the server, made a lot of friends and this girl came, Her name was Elisa, she was very shy at the beginning but she was very cool tho, 1 week after she join, the server had to closed some days for a big update, and this girl (Elisa) was playing CS:GO with one of my friend of this server, they’ve ask me if I want to join them, and everything begin at this moment.

We had so much fun playing, that we have started playing again and again, we were also playing others games (mostly PUBG), the days pass, the server reopens, and we started getting closer on this roleplay server. But also IRL because we were talking a lot by discord, playing others games, sending funny pics on snapchat to each other, and 3 month later, after playing hours and hours, I said her the 3 words that changed my life… I was living in the North of France, she lives in the extreme West of France, so in December I took the train for 6 hours to spend a week with her, and celebrate the new year together, and it was the best moment of my life. I came a second time to see her for two weeks in February 2018, and in July 2018, we moved together

♥ Now we have our own apartment, our little gaming room, where we still playing a lot together, having fun, and loving each other. From a simple game of CSGO to 15 month relationship, I can say video game change my life ♥”

Thank you to all who contributed, *sniff* no, you’re crying.

Get a Beta key for Strikers Edge!