There are an absurd amount of characters to choose from in Brawlhalla. You’ve got wolves, elves, emos, Destiny characters, and even Rayman. This makes things rather daunting for players who are jumping in for the first time. In fact, even if you’ve been playing for a while, it’s hard to know which characters are great, and which ones might be holding you back. That’s why you need a Brawhalla tier list to consult, that way you can see whether or not it might be worth changing your main.

This is our list for the Brawlhalla legend tier list. There are no truly definitive tier lists in existence, it simply changes so much. This is because of the ebb and flow that comes about due to patches, reactionary picks, and even just how a certain player might perform on any given day, can affect things so much. Nevertheless, here is our Brawlhalla tier list based on the recent win rates of each character.

These characters are the best of the best. If you decide to sink your time into learning them well then you’ll be sure to find a lot of success with them. Just don’t be too surprised when everyone else is playing them as well, they’re top tier for a reason after all.

These characters are very close to being top tier, but the stats simply don’t support it. That being said, if you’re already really good with one of them, then it’s probably worth just sticking with them. After all, unlike in real life, familiarity breeds success, so you’re better off just playing what you know if they’re in this section.

These Brawlhalla legends are probably still worth sticking with. This stage of the Brawlhalla tier list gets a bit odd. These characters are still good, but the win percentages don’t match up to those higher up the list. This means that while a good knowledge of the character can overcome that issue, if you’re looking for your new main, then you’re better off casting your eyes up a bit higher.

These are the characters that are most likely to move one way or the other. While each of them is a fine pick, it’s hard to justify them over any of the others on the list. If you love the aesthetic or feel of any of them, then stick with them by all means. Just don’t pick them if you want those extra little edges.

Alas, these characters on our Brawlhalla tier list just don’t cut the mustard. They don’t butter anyone’s bread. They aren’t the sharpest tools in the shed, but they do mean well. Well, some of them do, it’s hard to tell when you can’t even see Lucien’s face.

The bottom of the Brawlhalla tier list is a sad and lonely place. That’s why we put Jiro here too, it felt too mean to simply put Lin Fei out to dry on their own.

If you want more in-depth commentary about who each character is and what they can do, check out our Brawlhalla Character Guide. 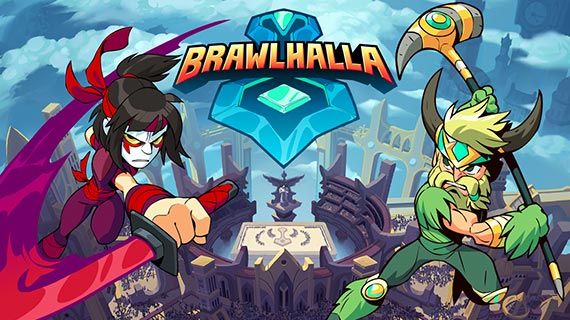 Jumping into this Anime MMORPG is a great idea. It’s a lot of fun to play and messing about with friends is a blast. The only trouble is getting started, so let us help you choose which of the Soul Worker characters to start playing as.

Brawlhalla Weapons – What are they and what do they do?

All the Brawlhalla Weapons and weapon matchups all in one place, so if you ever need to know what something does in Brawlhalla or how to use it, get here, get reading, and get the best information out there.

Played PUBG but don’t know about Ring of Elysium? Here’s how it compares. Learn how they shape up vs each other, and get the lowdown on which Battle Royale is the perfect one for you. PUBG or Ring of Elysium, the battle starts here.