Assassin’s Creed Origins is taking us back to where it all began, with the birth of the Creed in Ancient Egypt. As well as letting us slide down pyramids, this long-awaited prequel revamps the series mechanics, adding in RPG-style progression, reworked combat, and even more. If you’re getting ready to explore the blue waters and golden sands of its ancient world, hitch up your camel and read on for Assassin’s Creed Origin’s PC release date, system requirements, DLCs, and pre-order bonuses.

It’s no massive surprise that a new Assassin’s Creed game would launch towards the end of the year, in direct competition with some of the industry’s biggest hitters. Assassin’s Creed Origins is no different and will be diving (releasing) straight into a hay bale (your PC) on October 27.

If you pre-order Assassin’s Creed Origins on PC at Green Man Gaming you will get access to an additional mission called The Secrets of the Pyramids. In it, you will unearth one of Egypt’s greatest mysteries, uncovering the knowledge of the construction of the first pyramids.

If you purchase the Season Pass or the Gold Edition of Assassin’s Creed Origins for PC, you will get access to a host of DLC. As soon as you start the game, you will be gifted with 500 Helix Credits and the Calamity Blade, and exclusive rare weapon. Then, in November, you will get a new outfit, weapon, shield, and mount.

The first proper chunk of DLC will become available in January 2018, and the second will release in March 2018. Here are the details on what’s included:

Here’s what kind of machine you will need to run the thing: 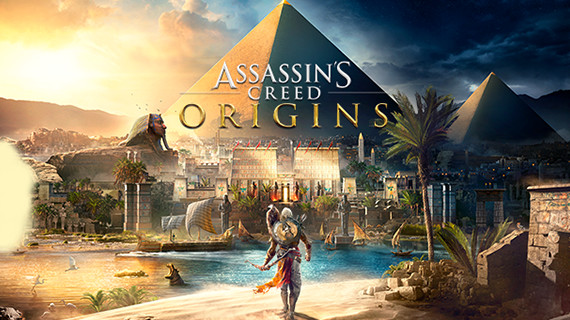