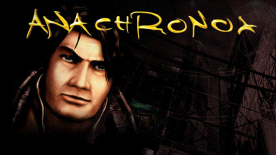 ANACHRONOX, ION STORM, SLY BOOTS, STILETTO ANYWAY, EIDOS, and EIDOS INTERACTIVE names and logos, are registered trademarks or trademarks of the Square Enix Group. All rights reserved. ©2001 Square Enix Limited. AMD, the AMD logo, Athlon and combinations thereof, are trademarks of Advance Micro Devices, Inc. Creative and the Creative logo are registered trademarks and EAX and the EAX logo are trademarks for Creative Technology Ltd. In the United States and certain other countries ©2001. Creative Technology Ltd. All other names and trademarks are the property of the respective owners. All rights reserved.